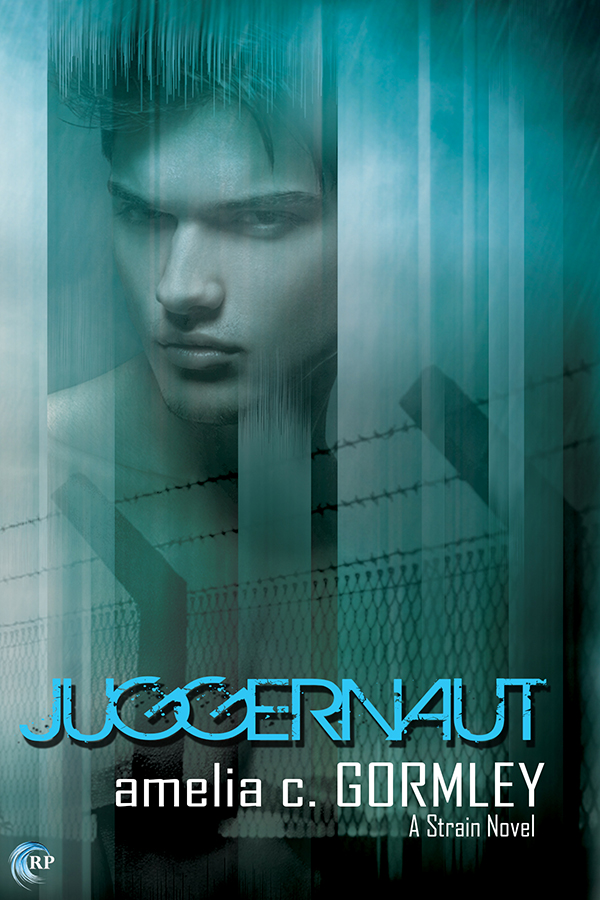 Hi, and welcome to the Juggernaut blog tour!
Almost before I was done writing Strain, my mind began trying to fill in the blanks of the world we saw in Strain, trying to piece together what had led up to that point. I decided I wanted to write a story chronicling the apocalyptic pandemic, both the events leading up to it and the immediate aftermath. The result, of course, was Juggernaut.
On the Juggernaut blog tour, I’ll be sharing my thoughts about the world of Juggernaut/Strain/Bane, including several cut scenes from Juggernaut which I felt contained important world-building details that in the end just didn’t fit the flow of the story. I’ll also be sharing a couple sneak previews of the third book in the Strain universe, Bane (coming September 21 from Riptide Publishing) as well as giving away three e-copies of Bane before it hits the shelves!
To enter to win, leave a comment on this post including a way to contact you (email, Twitter, or Facebook.) Each stop along the blog tour that you visit offers you another chance to enter. Be sure to check the Riptide blog tour schedule for a complete list of other stops. The contest will close Saturday, August 15th, 2015 and the winner will be contacted no later than Monday, August 17th. Any entries made without a way to contact the winner will be invalidated, so please don’t forget to provide your email, or your Twitter or Facebook address. Contest is NOT limited to US entries.
Good luck, and enjoy the tour!

They helped destroy the world. Now they have to survive the new one.

For rentboy Nico Fernández, it’s a simple job: seduce a presidential advisor to help cement approval to launch Project Juggernaut. He’s done similar work for General Logan McClosky before, and manipulating people for his favorite client beats the hell out of being trafficked for slave wages in some corporate brothel.
Zach Houtman feels called to work with the most vulnerable outcasts of society. But his father, the Reverend Maurice Houtman, insists that Zach work for him instead as he runs for Senate. Zach reluctantly agrees, but is horrified to see his father leave behind Christ’s mandate of love and mercy to preach malicious zealotry and violence instead. Zach even starts to suspect his father is working with fundamentalist terrorists.
When Project Juggernaut accidentally unleashes a deadly plague that claims billions of lives, Nico and Zach are thrown together, each bearing a burden of guilt. With only each other for safety and solace, they must make their way through a new world, one where the handful of people left alive are willing to do anything—and kill anyone—to survive.

I love zombie-ish tales. This one was awesome. It totally kept my full attention the entire time. Most zompoc stories that I've read seem to pick up after the world has went down the toilet leaving a few survivors fighting for their lives. This book is about the outbreak. It's an inside look at the government designed virus. The reader gets to witness how the world was shaped, how the top military official, the psychotic mark, the religious fanatic and the rent boy played their parts.

The storyline follows Nico. He is one of the top male sex workers of time. The reader learns what's going on as Nico learns. This book is filled with political, social, economical, racial, moral and spiritual issues as well as death and the fight for survival of the human race. Underlying everything is the star-crossed romance between two young men.

Juggernaut was my first read of this series, but it has me hooked. I recommend it for sure.