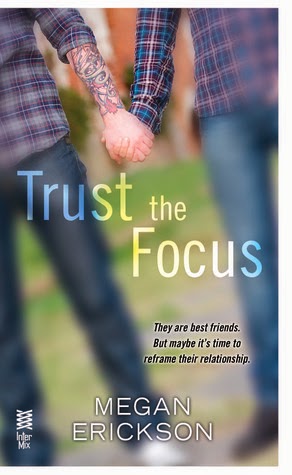 With his college graduation gown expertly pitched into the trash, Justin Akron is ready for the road trip he planned with his best friend Landry— and ready for one last summer of escape from his mother’s controlling grip. Climbing into the Winnebago his father left him, they set out across America in search of the sites his father had captured through the lens of his Nikon.
As an aspiring photographer, Justin can think of no better way to honor his father’s memory than to scatter his ashes at the sites he held sacred. And there’s no one Justin would rather share the experience with more than Landry.
But Justin knows he can’t escape forever. Eventually he’ll have to return home and join his mother’s Senate campaign. Nor can he escape the truth of who he is, and the fact that he’s in love with his out-and-proud travel companion.
Admitting what he wants could hurt his mother’s conservative political career. But with every click of his shutter and every sprinkle of ash, Justin can’t resist Landry’s pull. And when the truth comes into focus, neither is prepared for the secrets the other is hiding.

Colin Hartman can now add college to his list of failures. On the coast-to-coast trek home from California, Colin stops at a gas station in the Nevada desert, and can’t help noticing the guy in tight jeans looking like he just stepped off a catwalk. When he realizes Catwalk is stranded, Colin offers a ride.
Riley only intended to take a short ride in Colin’s Jeep to the Grand Canyon. But one detour leads to another until they finally find themselves tumbling into bed together. However there are shadows in Riley’s eyes that hide a troubled past. And when those shadows threaten to bury the man whom Colin has fallen in love with, he vows to get Riley the help he needs. For once in his life, quitting isn’t an option…

Trust The Focus by Megan Erickson

I just happened to stumble across this book, and I am very thankful that I did. It's so wonderful when a story connects with you on a personal level.

Justin and Landry have been best friends since they were little kids. During the last few years, they have drifted apart some because their lives have been pulling them in different directions. Landry is openly gay. Justin is living the life his mother has designed for him. Justin's father died, and now both boys graduated college. They set out on one last cross-country ride (before entering the real world of jobs and responsibilities) to sprinkle Justin's father's ashes. The experience of being in the camper together day in and day out is causing a lot of heat leading to explosive fights, passionate encounters and amazing revelations. No matter what, their friendship will never be what it once was.

The theme is finding oneself. Justin has to find what he wants and where he wants to be in this world. Does he want to continue the path he's been on or follow a different one changing almost everything?

I love how real this book is. It isn't over dramatized. I could understand the actions and consequences easily. The attraction and sex are hot, but the rest of the story totally holds it's own. This is a sweet, romantic, hopeful read without being eye rolling. I definitely recommend it.