A Demon Inside by Rick R. Reed Review 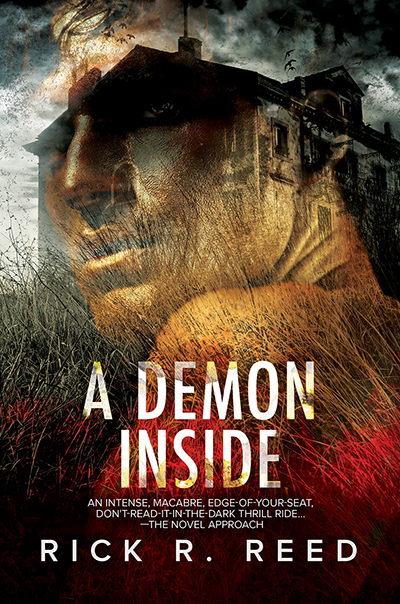 Hunter Beaumont doesn’t understand his grandmother’s deathbed wish: “Destroy Beaumont House.” He’s never even heard of the place. But after his grandmother passes and his first love betrays him, the family house in the Wisconsin woods looks like a tempting refuge. Going against his grandmother’s wishes, Hunter flees to Beaumont House.
But will the house be the sanctuary he had hoped for? Soon after moving in, Hunter realizes he may not be alone. And with whom—or what—he shares the house may plunge him into a nightmare from which he may never escape. Sparks fly when he meets his handsome neighbor, Michael Burt, a caretaker for the estate next door. The man might be his salvation… or he could be the source of Hunter's terror.

Rick R. Reed is all about exploring the romantic entanglements of gay men in contemporary, realistic settings. While his stories often contain elements of suspense, mystery and the paranormal, his focus ultimately returns to the power of love. He is the author of dozens of published novels, novellas, and short stories. He is a three-time EPIC eBook Award winner (for Caregiver, Orientation and The Blue Moon Cafe). Raining Men and Caregiver have both won the Rainbow Award for gay fiction.  Lambda Literary Review has called him, "a writer that doesn't disappoint." Rick lives in Seattle with his husband and a very spoiled Boston terrier. He is forever "at work on another novel."

A Demon Inside by Rick R. Reed

Hunter is the last of the Beaumont line. They are an old money family with a strange history. Hunter has been sheltered all of his life. He never went to school, work or anywhere without his grandmother. Although in his early 20's, his emotional maturity and street smarts are very stunted.

Situations happen which lead to Hunter deciding to move away from the city. Despite it being vacant for several generations and him being heavily warned against it, Hunter decides to move to Beaumont House. I would have ran after the first visit, but his fear of society overshadows his response to this haunted house.

Just right off, I have to say, Hunter is crazy. I like to read on my kindle late at night and early in the morning while it's still dark and my kids are asleep, but I got so creeped out, I had to get up and cut all the lights on. Hunter is living there and still manages to sleep at night! I was unable to understand much of Hunter's behavior so I didn't get into the characters as much as the scare factor of the book. The author does an excellent job of bringing the creepy.

This novel gave me a good dose of fright, and I plan to read more from the author.