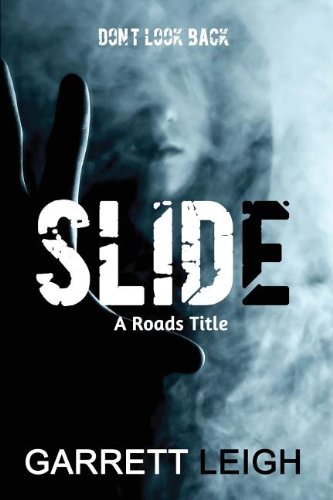 Roads: Book One
Don’t look back. Don’t you ever look back…
Shy tattoo artist Ash has a troubled past. Years of neglect, drug abuse, and life on the streets have taken their toll, and sometimes it seems the deep, unspoken bond with his lover is the only balm for wounds he doesn’t quite understand.
Chicago paramedic Pete is warmth, love, and strength—things Ash never knew he could have, and never even knew he wanted until Pete showed him. But fate is a cruel, cruel mistress, and when nightmares collide with the present, their tentatively built world comes crashing down.
Traumatic events in Pete’s work life distance him from home, and he doesn’t realize until it’s too late that Ash has slipped away. Betrayal, secrets, and lies unfold, and when a devastating coincidence takes hold, Pete must fight with all he has to save the love of his life.

Slide is a story about two young adult men becoming roommates and then falling for each other. It's just their day-to-day work and living basically, but it speaks to me on such a profound level. The way it is written made me feel like I was really in their heads. The phrase Still Waters Run Deep comes to mind when I think of this book and of Ash's character.

Both Ash and Pete are bisexual. Both are functioning adults for the most part, but neither is really settled in life, especially Ash. I was so drawn to them both. I think Ash will have a piece of my heart forever. I wanted to wrap him up and make him feel safe. (Following sentence might be considered a spoiler) –> When Ash was found on the streets, and the truth about him being sick and turning to no one came out, it broke my heart.

My emotions have been thoroughly worked over. They need each other, and I need more of them, so I'm definitely on to book 2.