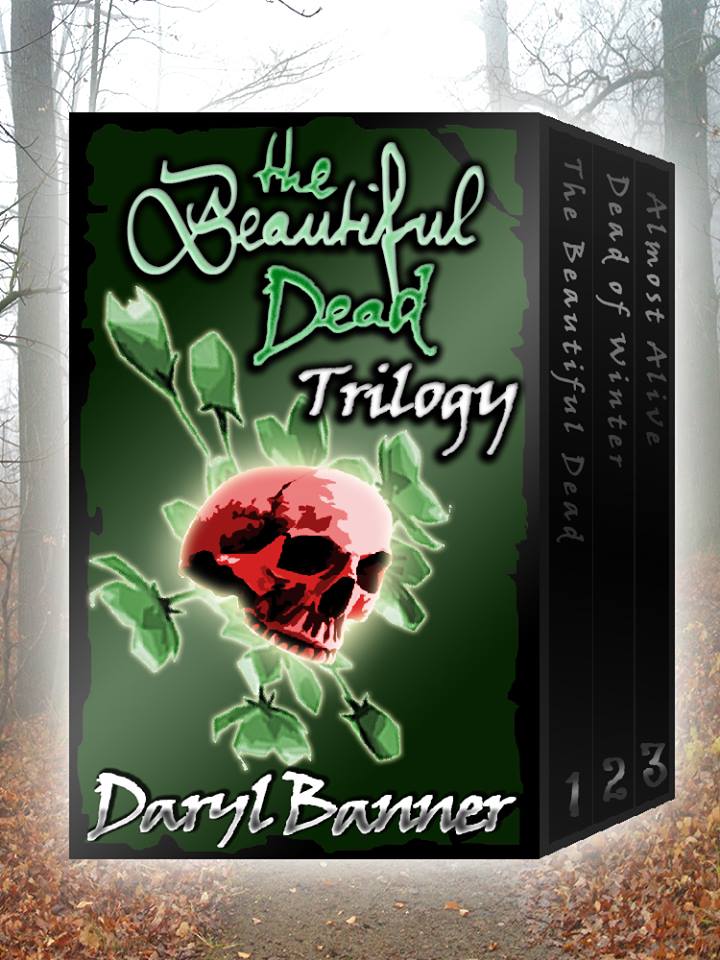 There is more than one kind of dying.
There is more than one kind of Dead.
Own all three books in The Beautiful Dead trilogy, which tells the fateful story of a newly-Undead teenage girl named Winter. Armed with her uncanny wit and no memory of her First Life, Winter embarks on a journey of self-discovery where she makes strange new friends, battles dangerous adversaries, and finds love with a man ... whose heart still beats.
*** INCLUDES BONUS CONTENT: The unreleased Beautiful Dead Short Story "Megan's Cage", plus an exclusive sneak peek of the upcoming new Beautiful Dead novella. The Beautiful Dead is one of my all time favorites. I can't say enough how highly I recommend it. It's YA fantasy, post-apocalyptic and great for male and female ages tween to adult.

I never had any idea what would happen next. If I had 100 guesses to figure out where the plot was headed, in most parts of the story, I would have still gotten it wrong.

This series is entertaining and philosophical at the same time. There are many life-lessons inside its the-adventure-never-stops words.

From all of the varying emotions, I probably looked like someone missing their meds while reading. I was smirking at the smart dark comedy, laughing out loud at the true humor, having creepy cringes, tearing up, wowing in silence, etc.

It's very imaginative and original with plenty of action. There are undead, giant spiders, magical rocks and loads more attention-grabbers. The plot is very steady, no falling off, no getting stagnate. Every character is on a mission.

Matters of the heart are also a part. Friendship, familial love and romance all play roles in the overall storyline. These characters have been through a lot with each other in life and death. It's very touching and tearful. Prepare yourself for some major feels before you get to the end.

The preview of what’s to come really has me spinning with so many questions. Of course, I have no hope of working out how the author is going to blow my mind next, but I’ll be waiting on the edge of my seat for it.