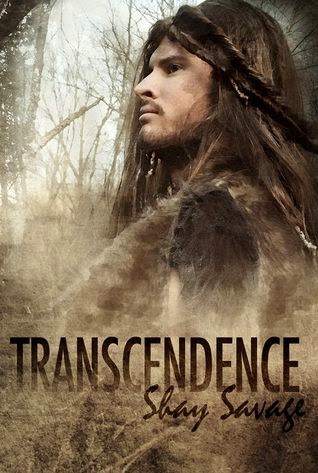 It’s said that women and men are from two different planets when it comes to communication, but how can they overcome the obstacles of prehistoric times when one of them simply doesn’t have the ability to comprehend language?Ehd’s a caveman living on his own in a harsh wilderness. He’s strong and intelligent, but completely alone. When he finds a beautiful young woman in his pit trap, it’s obvious to him that she is meant to be his mate. He doesn’t know where she came from; she’s wearing some pretty odd clothing, and she makes a lot of noises with her mouth that give him a headache. Still, he’s determined to fulfill his purpose in life – provide for her, protect her, and put a baby in her.Elizabeth doesn’t know where she is or exactly how she got there. She’s confused and distressed by her predicament, and there’s a caveman hauling her back to his cavehome. She’s not at all interested in Ehd’s primitive advances, and she just can’t seem to get him to listen. No matter what she tries, getting her point across to this primitive, but beautiful, man is a constant – and often hilarious – struggle. With only each other for company, they must rely on one another to fight the dangers of the wild and prepare for the winter months. As they struggle to coexist, theirs becomes a love story that transcends language and time.

Do you have any deleted scenes you could share?

If I did cut anything, I didn’t save it.  I don’t remember removing anything significant.

Ehd is very different from the usual male lead. How did you ever think of him?

I would always hear people talking about book boyfriends being cavemen.  It made me wonder if there were any stories about actual cavemen.  When I couldn’t find any, I wrote one.

When writing Transcendence did you use any special strategies different from when you usually write?

I’m not sure if anything I did was particularly unique when writing, but trying to keep things moving and interesting without any dialogue was certainly a challenge.  I wrote a little bit of it every day, and spent a lot of time trying to understand how a caveman would think, feel, and react to a given situation.  Ehd’s a very intelligent guy, and I wanted to make sure that still came across despite his inability to communicate with words.  Describing body language became very important as well.

Out of all of your books, do you have a favorite story and character?

Evan Arden is my favorite character I have developed.  He’s wonderfully messed up, and a lot of fun to write about.

You often write from the POV of the male lead instead of the female. What made you decide to go that route?

I tend to identify with men more than women.  It also gives me a bit of an edge, since erotica is primarily written by women and from the heroine’s point of view.  Readers seem to like stories that are a little different from the norm, and I try to provide that.

Are you currently working on anything? Can you tell us about it if so?

I’ve been hopping back and forth between a couple of different things lately, trying to figure out what will be next.  I do have a lot planned for 2015, including brand new stories with new characters, and very likely some more about Evan Arden’s life.

Anything extra that you want to add?