THE MISTAKE by Elle Kennedy Review 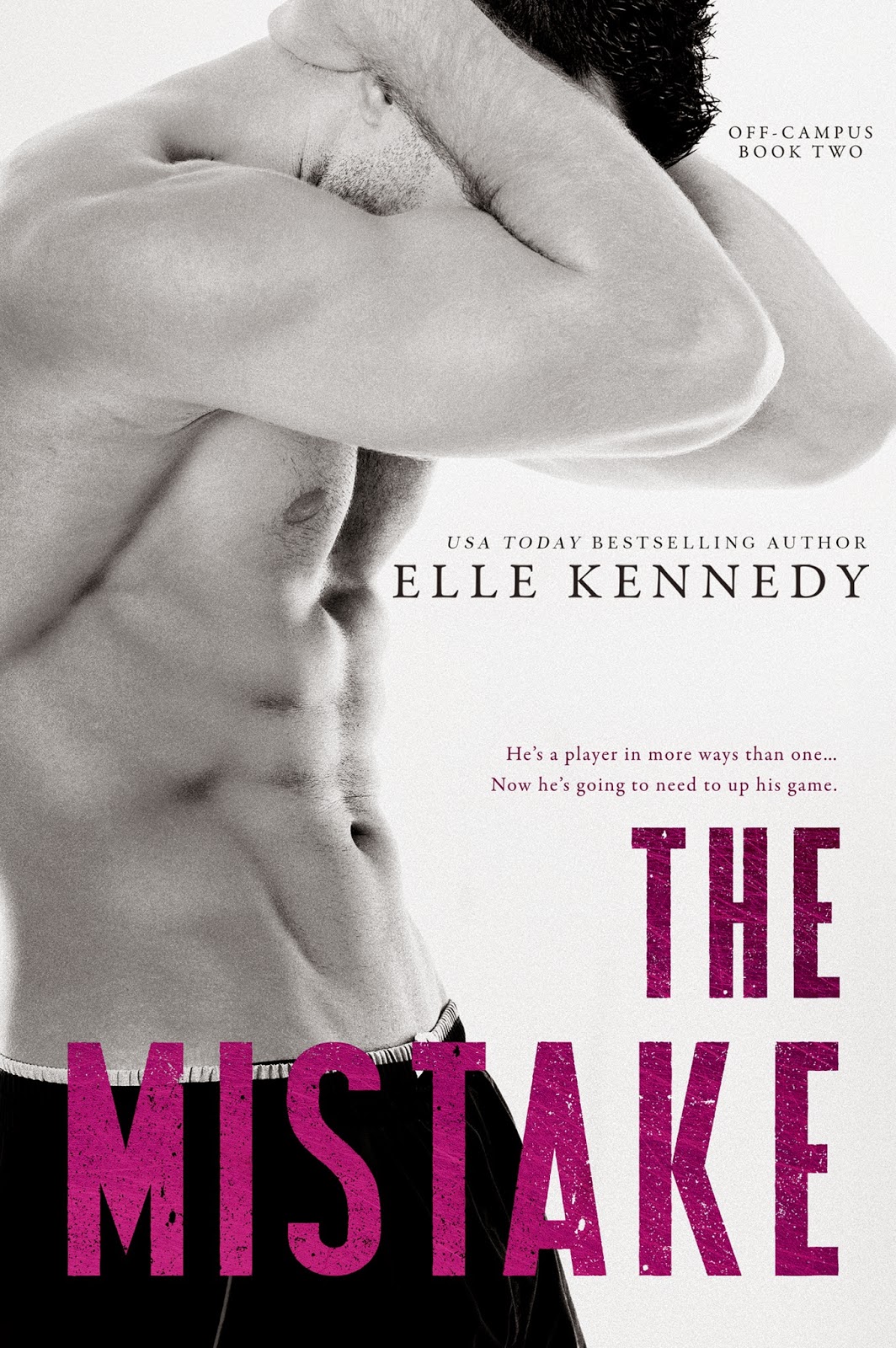 THE MISTAKE
OFF CAMPUS BOOK 2

He’s a player in more ways than one…

College junior John Logan can get any girl he wants. For this hockey star, life is a parade of parties and hook-ups, but behind his killer grins and easygoing charm, he hides growing despair about the dead-end road he’ll be forced to walk after graduation. A sexy encounter with freshman Grace Ivers is just the distraction he needs, but when a thoughtless mistake pushes her away, Logan plans to spend his final year proving to her that he’s worth a second chance.

Now he’s going to need to up his game…

After a less than stellar freshman year, Grace is back at Briar University, older, wiser, and so over the arrogant hockey player she nearly handed her V-card to. She’s not a charity case, and she’s not the quiet butterfly she was when they first hooked up. If Logan expects her to roll over and beg like all his other puck bunnies, he can think again. He wants her back? He’ll have to work for it. This time around, she’ll be the one in the driver’s seat…and she plans on driving him wild

I don’t live in a magical bubble where orgasms fall from the sky and land in a woman’s bed every time she has sex. I know they fake it sometimes. But I’m fairly confident I speak for most guys when I say that I like to think they don’t fake it with me.

The Mistake by Elle Kennedy

The Mistake is the second book in a new adult series about college hockey players finding love. It is told in the POV of both the male and female leads. This book totally had me wrapped up in it's words.

It has the funny make out scenes.

I don't have enough experience to consider myself an expert penis-wrangler or anything.

The chemistry between the couple is perfect. It feels so real. They play around and joke giving really cute scenes. They fight and love giving heart moments. It's all very believable and very well written.

I really like both main characters also. The lead female isn't a pushover. She has self-respect and a special combination of calm and fierceness. The male lead is a sexy and popular playboy, but inside he's just wanting to find a true relationship. He's honorable and trustworthy and so sweet. Their sarcastic sense of humor and playfulness mesh together perfectly.

The Mistake deals with hard issues too—the responsibility of family, the pain of having a loved one with an addiction problem, the sense of having to grow up and make tough decisions, the understanding to be oneself and not be led by friends.

The writing is fantastic. No scenes felt over played. I don't remember reading any of the words or phrases that make me cringe because of awkwardness or because they've become so overused. The words flowed smoothly and held my interest for the entire book.