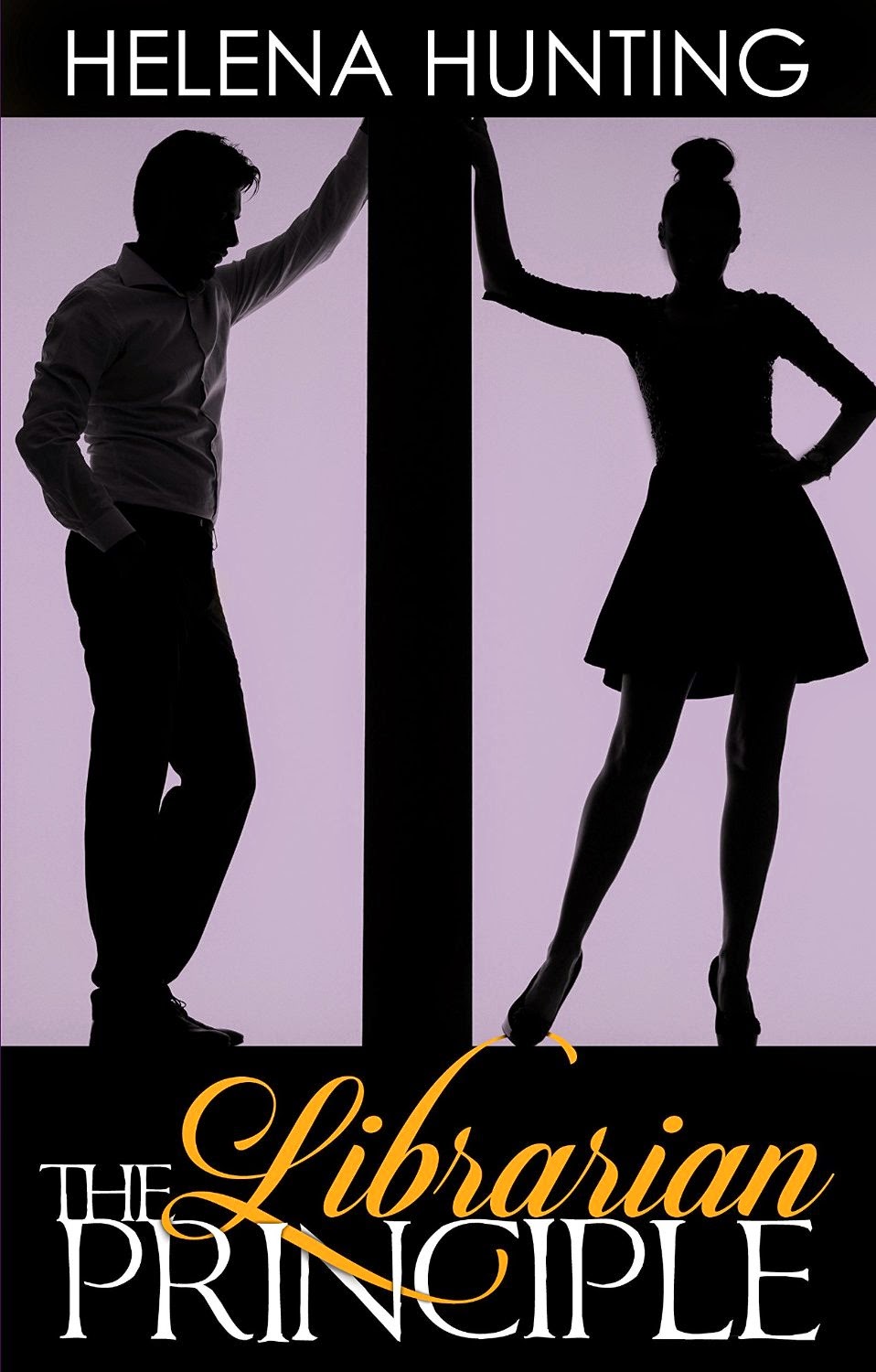 As the new librarian at a prestigious small-town private high school, Liese is drawn to her sexy, charismatic principal, Ryder Whitehall—an attraction she refuses to acknowledge given their relationship and her recent liberation from a delusional ex-boyfriend. 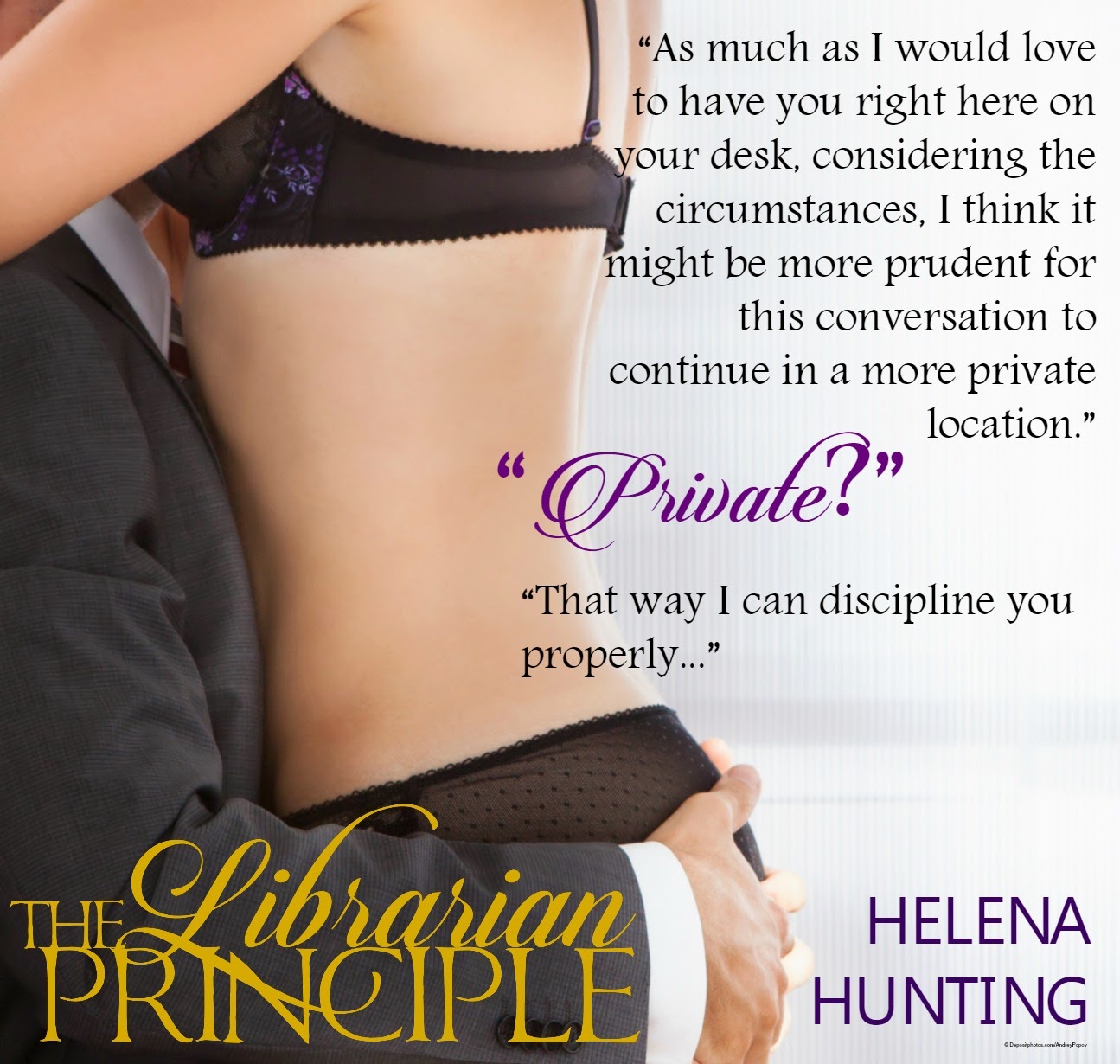 “How very naughty of you,” he slipped his pinkie under the garter and pulled, only to let it snap back against her thigh. Mouth covering hers, he swallowed her shocked protest. Ryder's palms smoothed along the inside of her thigh, his fingertips grazing the edge of her panties. She felt the feather-light brush of his knuckle right where the ache was deadliest.
Liese whimpered, her body jerking with the contact, desperate for the feel of his hands on her without the inconvenient obstruction of clothing.
“Shh.” His lips brushed over hers, and his thumb slipped beneath the elastic. “We wouldn't want anyone to think you enjoy your meetings with me. What if people got the wrong idea? Then I might have to discipline you for your indiscretions.”
“We wouldn't want that.” Liese bit back a nervous laugh, uncertain whether to take him seriously. Something told her he meant it when he said he would discipline her, and she might very well enjoy being on the receiving end.
“Speak for yourself. I think I'd rather enjoy handing out a punishment where you're concerned.” Ryder's hand tightened in her hair as his lips traveled along her jaw, drawing out the sweetest of tortures. He pushed aside her panties, finger sweeping over the smooth skin.
Liese couldn't help it; she moaned, parting her legs further in encouragement.
Ryder stopped, both his fingers and mouth stilled. “What did I just tell you?” His teeth pressed softly against the juncture of her shoulder and neck, an erotic warning.
“Sorry, sir.” She draped her arms over his shoulders and fingered the hair at the nape of his neck—a weak attempt to draw his attention away from her inability to follow direction and keep quiet.
“I really shouldn't do this.” His lips parted against her throat, and his tongue swept along her skin.
“Please.” Liese feared Ryder's conscience would catch up with his actions, and he would remember just how much trouble being together like this could cause. She chose to bury that knowledge, along with her better judgment, when she trailed her hands down his chest to his belt.
“Tell me what you want,” he said.
Supplication merged with abject longing, and Ryder's fingers twitched, a reminder of how close they were to a place she wanted them to go, but shouldn't. Regardless, she didn't want him to stop.
With shaking hands, she answered the question with actions: grasping his belt buckle, she unhooked the clasp.
His breath fanned over her cheek on a warm sigh. Ryder's fingers moved lower. “You have no idea how difficult it's been,” he whispered as he kissed his way over her cheek to the corner of her mouth. At the same time he circled, teased, and then suddenly pushed inside, his fingers curled, sensation radiating from the center of her body to consume her in a flash fire of desire.
Liese inhaled a high-pitched gasp, heedless of Ryder's warning to stay quiet. She couldn't get enough of him, of his body close to hers, of his fingers moving inside her. He pushed her closer to a precipice she hadn't been anywhere near in a very long time, at least not with another person.
She fumbled with the fly on his pants, wanting to touch him as he touched her. In her haste, the button popped off and ricocheted off the desk, bouncing onto the floor.
Ryder broke the kiss and looked to where she held the waistband of his pants together. “These are expensive pants, and I don't sew,” he told her.
Liese wanted to laugh at his seriousness juxtaposed with the way he caressed her body. “Would you like me to sew it back on right now?” She slid her finger beneath the elastic band at his waist, dipping into his boxers until she grazed something smooth and hard and pretty damn sizable.
His eyes closed, jaw tightening and nostrils flaring. On a deep inhale he opened lust-heavy lids to watch her. “No, I was just stating a fact. I also find it incredibly hot that you'd be willing to sew it back on immediately.”
“I was being sarcastic.” 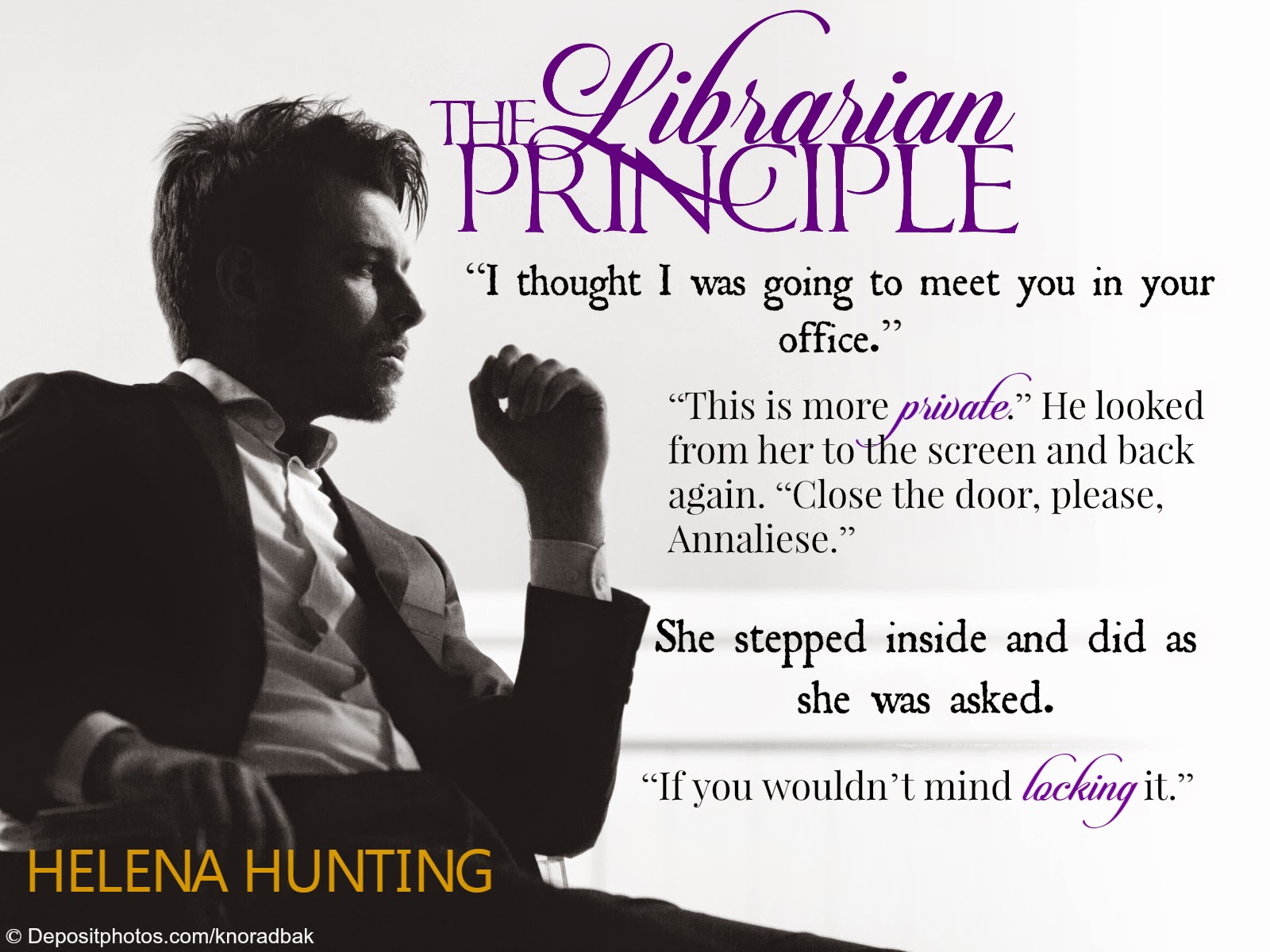 Ryder stared at the phone wide-eyed; Liese didn't want to imagine who could be waiting for him in the front office. It had to be someone important to make him look so frantic.
He covered the mouth piece and turned his head to the side to clear his throat. At the same time he furtively tucked himself back into his pants. “Pardon me?” He shot Liese a worried glance as she shimmied her panties up her legs and smoothed her skirt down. She surveyed his reaction, gauging her own unease based on his body language.
His rigid posture relaxed, albeit minutely, his eyes reflecting a new kind of disquiet. “I thought she wasn't going to be here until the end of the day,” he bit out irritably. “Tell her I'll be with her in a minute.”
He hung up and met Liese's petrified gaze. She hastily buttoned her navy blazer, thankful she'd worn it, seeing the rumpled mess her blouse had become.
“My sister is early,” Ryder said through gritted teeth. He tightened his tie and fastened his own suit jacket to cover the majority of his dishevelment.
“Oh, God! That's not good.” She ran her fingers through her hair, trying to tame it.
“It could be a hell of a lot worse.” Ryder stepped forward and brushed her hands away from her hair, smoothing it out for her. His fingers caught in a tangled section, and he had to work to free them.
“It smells like sex in here.” She straightened his tie and stepped back, looking around the room for a secret exit; there wasn't one.
Ryder opened the top drawer of his desk. Wielding a can of room deodorizer, he released a spray of overpowering scent into the room. “Better?”
Liese grabbed the can, covering her mouth and nose so she didn't breathe in the fumes. “Now it smells like sex in a flowerbed. This stuff is horrible. Where did you get it?”
“It was in there when I took the job.” He motioned to the drawer. “It's better than my office smelling like sex. Isn't it?”
“Not really.”
“Well, does it even mask it at all?”
“I think so. It's hard to tell though.” Liese sniffed the lapel of her blouse. “I'm saturated in the smell of you.”

The Librarian Principle by Helena Hunting

I thought it was mostly going to be about a school principle and librarian hooking up on the job, but it turned out to be a very fun and full story.

His voice was luscious caramel, wrapped in dark chocolate and rolled in sugar. She had the unconscionable craving to lick him and find out if he tasted as good as he sounded.


The two begin a secret relationship. During their love affair, many issues arise. We are introduced to several other characters. Blake and Marissa are awesome personalities, the type of people you want to know in real life. Marissa can lighten any mood, and Blake's the brother you always wanted. The story progresses to full-blown love story with many obstacles including a crazy ex and gossipers. There's lots of humor and entertainment and even some bondage and spankings.