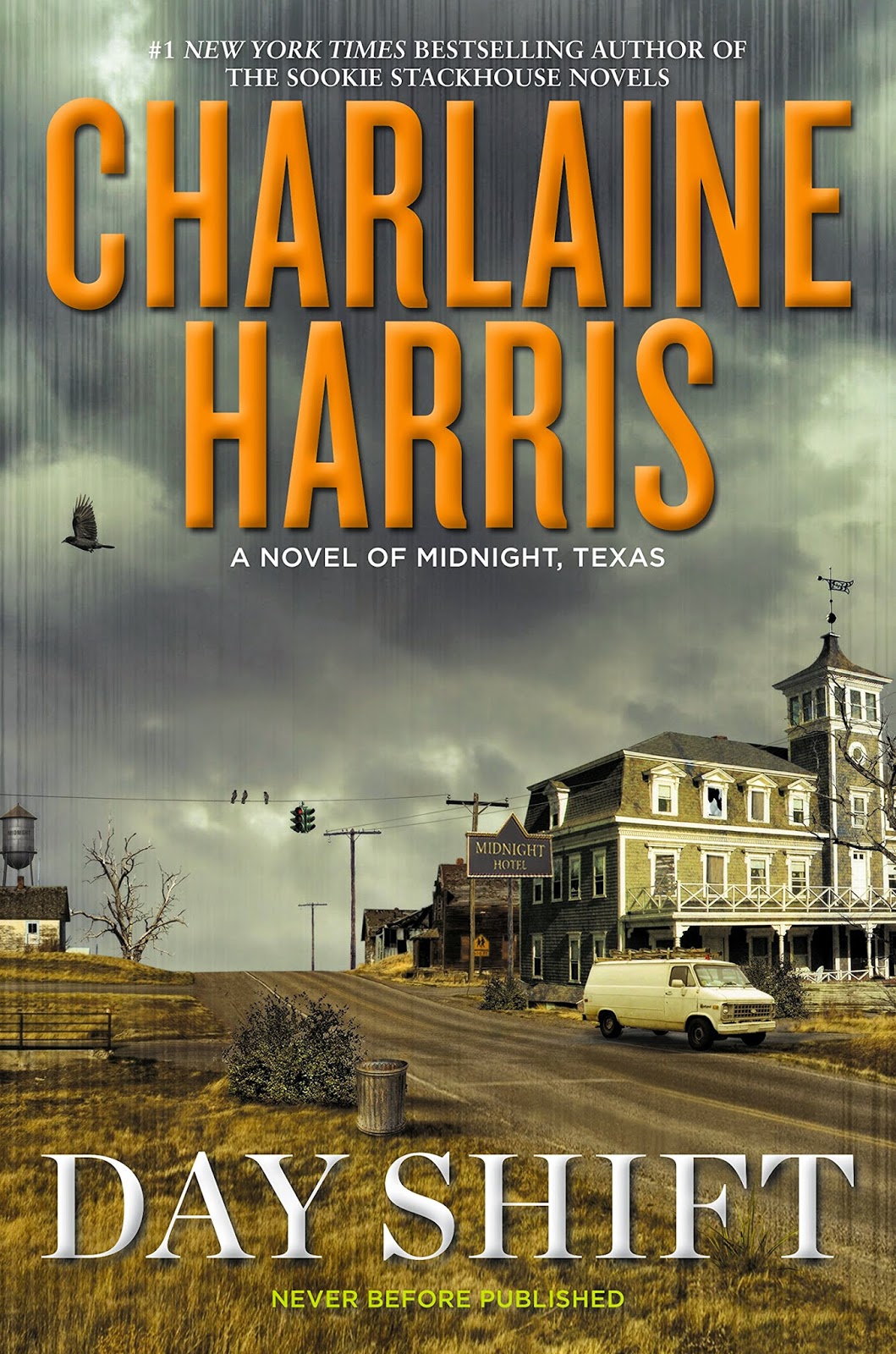 In Midnight Crossroad, Charlaine Harris “capture[d] the same magic as the world of Bon Temps, Louisiana, and [took] it to another level" (Houston Press). Now the #1 New York Timesbestselling author of the Sookie Stackhouse novels returns to the one-traffic-light town you see only when you’re on the way to someplace else…

There is no such thing as bad publicity, except in Midnight, Texas, where the residents like to keep to themselves. Even in a town full of secretive people, Olivia Charity is an enigma. She lives with the vampire Lemuel, but no one knows what she does; they only know that she’s beautiful and dangerous.

Psychic Manfred Bernardo finds out just how dangerous when he goes on a working weekend to Dallas and sees Olivia there with a couple who are both found dead the next day. To make matters worse, one of Manfred’s regular—and very wealthy—clients dies during a reading.

Manfred returns from Dallas embroiled in scandal and hounded by the press. He turns to Olivia for help; somehow he knows that the mysterious Olivia can get things back to normal. As normal as things get in Midnight…

OTHER BOOKS IN THE SERIES The first in a series of three new novels written by Charlaine, set in a very small but very mysterious Texas town.
Ace, May 6 2014, ISBN 13: 9780425263150
Purchase from Amazon| Purchase from Barnes and Noble 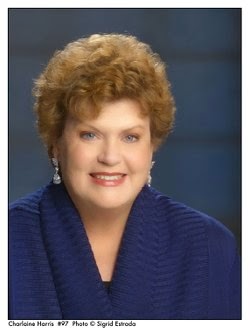 Charlaine Harris is a New York Times bestselling author who has been writing for over thirty years. She was born and raised in the Mississippi River Delta area. Though her early works consisted largely of poems about ghosts and teenage angst, she began writing plays when she attended Rhodes College in Memphis, Tennessee. She switched to novels a few years later, and achieved publication in 1981 with Sweet and Deadly.

After publishing two stand-alone mysteries, Harris launched the lighthearted Aurora Teagarden books with Real Murders, a Best Novel 1990 nomination for the Agatha Awards. Harris wrote eight books in her series about a Georgia librarian. In 1996, she released the first in the much darker Shakespeare mysteries, featuring the amateur sleuth Lily Bard, a karate student who makes her living cleaning houses. Shakespeare’s Counselor, the fifth—and final—Lily Bard novel, was printed in fall 2001.

By then, Harris was feeling the call of new territory. Starting with the premise of a young woman with a disability who wants to try inter-species dating, she created The Sookie Stackhouse urban fantasy series before there was a genre called “urban fantasy.” Telepathic barmaid Sookie Stackhouse works in a bar in the fictional northern Louisiana town of Bon Temps. The first book in the series, Dead Until Dark, won the Anthony Award for Best Paperback Mystery in 2001. Each subsequent book follows Sookie through adventures involving vampires, werewolves, and other supernatural creatures. The series, which ended in 2013, has been released in over thirty languages.

Sookie Stackhouse has proven to be so popular that Alan Ball, creator of the HBO television series Six Feet Under, announced he would undertake the production of a new HBO series based upon the  books  He wrote and directed the pilot episode for that series, True Blood, which premiered in September of 2008.

In October 2005, the first of Harris’s new mystery series about a young woman named Harper Connelly debuted with the release of Grave Sight. Harper has the ability to determine the cause of death of any body. After four novels, this series is on hiatus.

Now Harris is working on a trilogy of graphic novels with Christopher Golden and artist Don Kramer, “Cemetery Girl.” On her own she is writing a new series set in the small town of Midnight, Texas.

Harris has also co-edited a series of very popular anthologies with her friend Toni L.P. Kelner, aka Leigh Perry. The anthologies feature stories with an element of the supernatural, and the submissions come from a rare mixture of mystery and urban fantasy writers.

Personally, Harris has been married for many years. She mother of three wonderful children and the grandmother of two. She lives in central Texas, and when she is not writing her own books, she reads omnivorously. Her house is full of rescue dogs.

In Day Shift, all of Midnight's not-quite-normal citizens are back for another round of puzzling, thrills and adventures. This installment of the series gives the reader more insight into what type of paranormal creatures some of the residents are. We learn as we read, the same as in book one. New characters are also introduced which fans of The Southern Vampire Mysteries may be pleased to know.

"Do you, by any chance, know a waitress in Louisiana? Works in a bar in a little town called Bon Temps?"


The story follows several of the characters with narration in third person omniscient point of view. To me it feels as if Manfred is the main character of the series because the story always seems to start with him and involve him more. Manfred is a psychic. When he goes to meet a client, he gets caught up in huge whodunit scandal. Olivia has a big part of this book also. She is a very secret person surrounded in mystique which makes Midnight (the town where everyone's different and no one asks questions) the perfect place for her. This pair have to team up in order to get to the bottom of everything.

At the same time, a new person, with a unique difference that cannot be overlooked, has moved into town occupying the time and resources of many of the other townsfolk.

This book is written with a broad range of eccentric roles. There are lots of open areas which may lead to anywhere as the story moves along. I like how tight knit the group is and how I never know what's coming. Even though the story has elements of darkness and obscurity, it still manages to have a laid-back family feel. I've never read anyone's work that I would compare to this author. She has her own mysterious, quirky Southern charm in every book. Everything doesn't always turn out perfectly for her characters—there is often death and unfinished business, but the journey is an interesting one. I enjoyed my time in Midnight, and I am looking forward to returning.