Made by J.M. Darhower Review 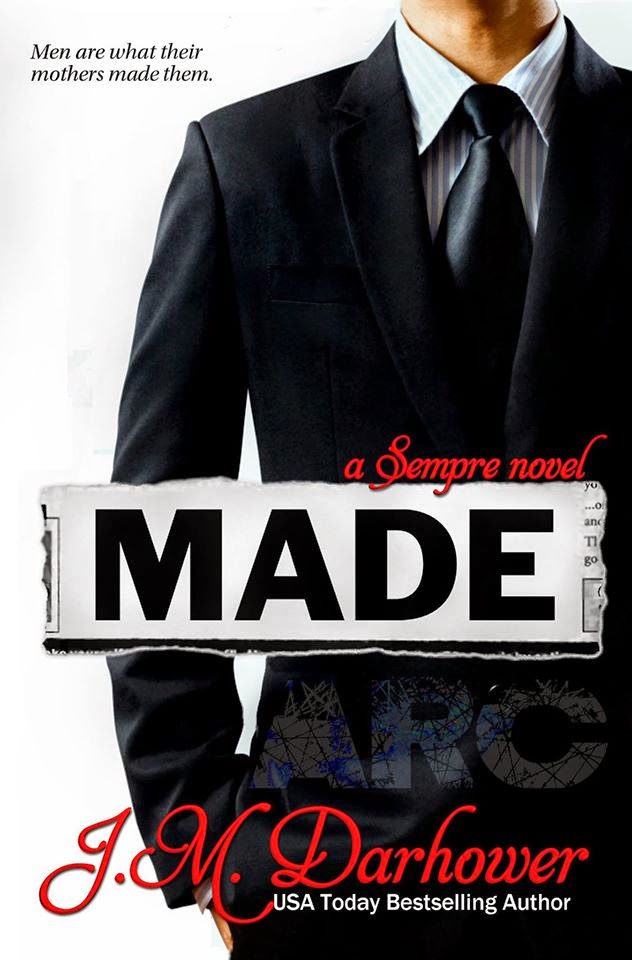 MADE: A Sempre Novel

Corrado Moretti.
The world knows the notorious Kevlar Killer, but few have ever seen what lies beneath his armor. The abused child. The neglected teenager. The broken man. He always did whatever he had to do in order to survive.
It's kill or be killed.
Throughout his life, he has been there in the shadows, a witness to everything from beginning to end. Bound by loyalty and honor, there's only one thing he would sacrifice it all for: family.
Never get close. Never get attached. It's a lesson that has been brutally pounded into him since childhood, but they're words the DeMarcos make it difficult for him to follow. Through them he finds love and grieves loss, realizing the world isn't quite as black and white as it's made out to be.
Made.
This book is a prequel to Sempre. Sempre does not have to be read first, but this book contains spoilers from Sempre. 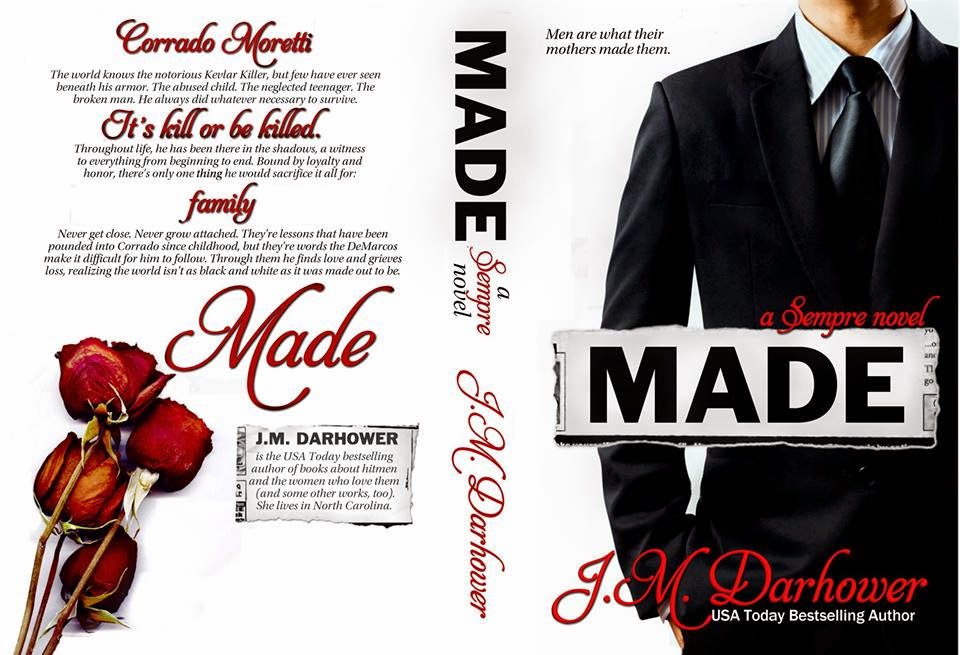 JM Darhower is the author of the New Adult Sempre series (Sempre & Sempre: Redemption), and the paranormal romance novella, Extinguish. She lives in a tiny town in the Carolinas with her family, where she churns out more words than will ever see the light of day. She has a deep passion for politics and human rights, and when she isn’t writing she’s usually ranting about those things. Chronic crimper with a vulgar mouth, she admits to having a Twitter addiction. You can find her there.

Made by J.M. Darhower

The depth of this whole series just blows me away. The pain is so heavy, and the love is so beautiful. The other main men of the series, Vincent and Carmine, do make appearances. Many of the gaps are filled in. We see how the tragedy of Maura unfolds. All of this is in there, but this book belongs to Corrado so we really get to know the man behind the name.

"What made you this way?"
"Sweetheart, I wouldn't even know where to begin."


The author takes us all the way back. As a little boy, Corrado goes through a life most of us can only imagine even as adults. He has to learn lessons fast and hard. Stating he has a horrible excuse for a mother is putting it mildly. Really he has no one.

"Look, it's best you don't get attached."
"[...] The circle of life, it's cruel, but it's unavoidable. If the shark didn't eat the man, the man would eat the shark. That's just how it goes."


Corrado isn't a good man in the traditional sense, but he it's hard not to fall for him. He does the best he can for the path he was put on. I didn't always like the outcome, but I think he made the best choices for the situation.

He's written in a true to form manner. Just because he is the main interest doesn't mean everything works out for him. He isn't looking for salvation or offering an apology.


His love for Celia, his honor as a man and his devotion to La Cosa Nostra are unshakeable. The complexity and breadth of character is profound. This character just speaks to my soul. He is definitely one of my top favorite book boyfriends.

This book is probably my top read for 2014. The previous books were on my past top reads lists. I recommend them all 200%.