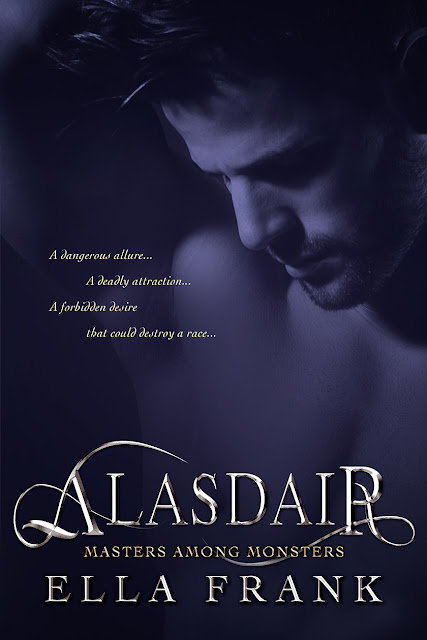 A DANGEROUS ALLURE
Bestowed with eternal life by the Ancient Vasilios, Alasdair Kyriakous is one of the most feared and ruthless vampires in existence. His name carries weight across all of the seven continents.
But he is a mystery to his kind, an anomaly among the self-indulgent. While he enjoys the pleasures of the flesh, he is exceptionally particular in his choice of partners and prides himself on his ironclad self-control.
Yet with one look his control will become a thing of the past, and Alasdair will discover that eternal life doesn't always last forever…
A DEADLY ATTRACTION
Thrust into a world he could never have imagined, Leo Chapel awakens in his worst nightmare. Taken hostage by the dangerously mesmerizing vampire, Alasdair, Leo must rely on his intelligence to escape before he reveals a secret he isn't even aware he's hiding.
A FORBIDDEN DESIRE
Unaware that they've been brought together by an outside force and are little more than pawns to a higher power, Alasdair and Leo spend time trying to uncover the other's secrets, the attraction between them growing stronger all the while.
But enemies are watching and preparing to act against them. When decisions that will alter lives and destinies have to be made—can a dead, grey heart learn to beat again? 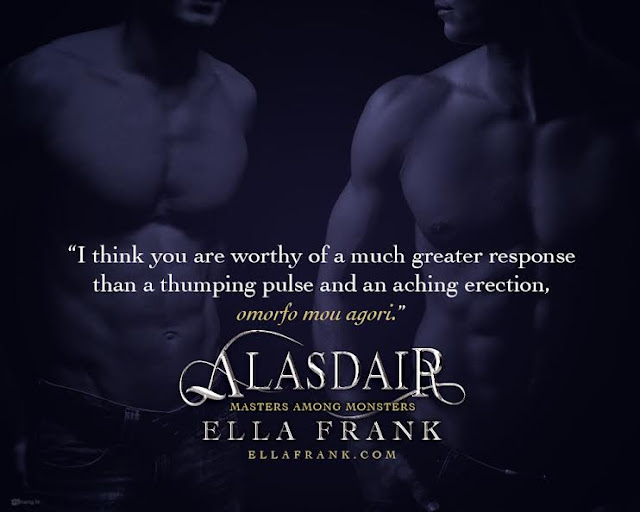 With no more than a flash of thought, he was inside the man's room and standing at the foot of a large bed.
Locks. Such a useless human defense.
He cocked his head to the side and examined the book splayed open on the man's naked chest. It looked as though it had fallen there when he'd drifted off to sleep, his fingers still resting against the glossy cover.
Heroes, Gods, and Monsters of the Greek Myths.
Now that is an unlikely coincidence.
A sinister smile morphed Alasdair's lips, and he touched the tip of his tongue to the fangs elongating from his upper gums. The familiar surge of adrenaline caused his skin to come alive with awareness as his body prepared itself to do what it had been created for.
Raising his hand, he flicked his wrist and the covers whisked back. The man beneath was no more aware of the action than a slight shift in the air as a low sigh escaped him and he stretched his body, turning his head on the pillow.
The sight that greeted Alasdair made the hours he'd spent tracking well worth the time. When the human took a breath, the knotted drawstring tie of his linen lounge pants caught his attention. Fuck, that made him want to indulge his carnal side first.
Maybe this was the root of his current obsession. In fact, that thought was followed by one truer to his perverse nature. How long would it take to have him clutching those covers from lust if I wanted it? And as Alasdair continued to observe the human, he realized just how much he wanted it.
The chest where the book was lying was covered in a light dusting of blond hair. It trailed a path along the center of the man's sternum to his stomach, which looked as hard as his own. However, unlike his own abdomen, this man's skin would be warm to the touch.
Perhaps he could take a moment or two and… No, he didn't have the time, and that really was a shame. A meeting had been called this evening, and he was due at the Assembly Hall soon. The last thing he wanted to do was piss off the Ancients by being late.
So, with the speed and the stealth only his kind possessed, he was on the bed and stretched out above the man, and his mouth hovered over the ear closest to him.
He threw the book, which landed with a loud thump on the floor, and couldn't stop himself from slipping one of his hands beneath those thin pants to curl his fingers around the flaccid cock he found inside. When a soft groan left the human, Alasdair used his other hand to capture his captive's wrists like iron shackles and pin them above his head. Before the man had a chance to wake, he delved inside his head and projected an image of where this hunt would finally end. 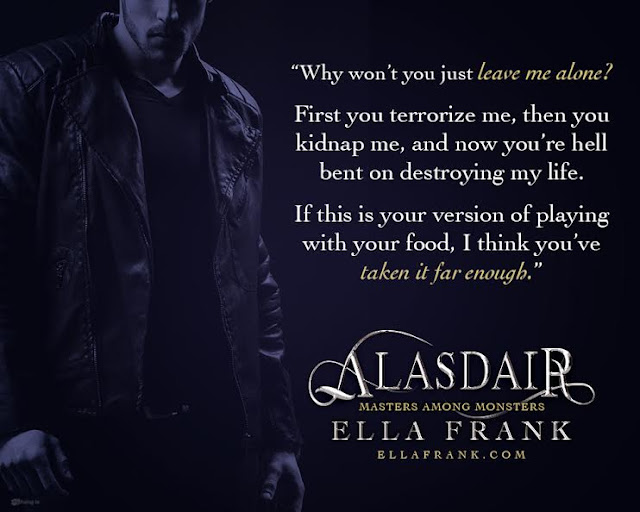 Mmmm, this book is so lustful. The author has created an all-star cast. They are gloooooorious, and the sexual tension almost melted the screen off my kindle. I'm talking about the finest specimens to ever exist combined with over 2,000 years of learned charm and earned power. Then, throw in Greek history and gods. It all boils down to survival and desire. And that ending...oh yeah, baby. These vampires are just too seductive for my well being.

Alasdair's plot is über mysterious. Besides the current attraction, there is an overall big story unfolding with hints and flashbacks dropped here and there. The reader has to try to figure out who the characters are to each other and what it all means for the future.

Masters Among Monsters is a full-on dessert smorgasbord, and I've only licked the spoon. I can't wait for more.