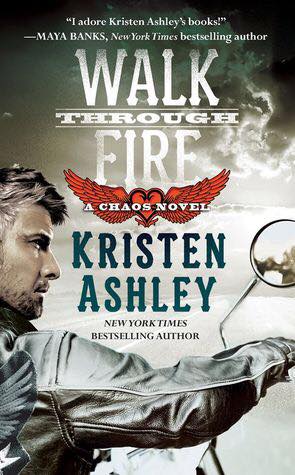 
Millie Cross knows what it's like to burn for someone. She was young and wild and he was fierce and even wilder-a Chaos biker who made her heart pound. They fell in love at first sight and life was good, until she learned she couldn't be the woman he needed and made it so he had no choice but to walk away. Twenty years later, Millie's chance run-in with her old flame sparks a desire she just can't ignore. And this time, she won't let him ride off . . .
Bad boy Logan "High" Judd has seen his share of troubles with the law. Yet it was a beautiful woman who broke him. After ending a loveless marriage, High is shocked when his true love walks back into his life. Millie is still gorgeous, but she's just a ghost of her former self. High's intrigued at the change, but her betrayal cut him deep-and he doesn't want to get burned again. As High sinks into meting out vengeance for Millie's betrayal, he'll break all over again when he realizes just how Millie walked through fire for her man . . . 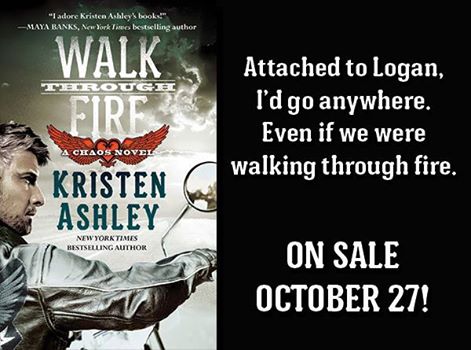 Walk Through Fire by Kristen Ashley

This novel covers much of the span of the relationship between Millie and Logan. They have an epic sort of love that never fades no matter how much time passes. They met when Millie was around 18 and Logan a couple of years older and were together for 3 years while Millie was in college. Then something separated them. Now, after a chance meeting 20 years later, all the pull is still there as well as all the pain.

Since Millie's journey with the club began before Tack became the president of Chaos and the brothers got clean, the reader gets more of the history of Chaos, which helps with the overall series. Also, lots of characters from previous books of this series and others are involved so updates in the lives of some are given. The backgrounds and current inclusions of cast members help to make the story richer.

Millie and Logan have both done a lot of changing in those 20 years. Also besides their own issues of getting over past hurts, they have the matter of getting their friends and families to accept them as a couple. Everyone is coming into this with emotional baggage. But when it's meant to be, it's meant to be; so, they will do whatever it takes to line the edges of their lives up.

Some of my favorite parts are the things that come out of Elvira's mouth. In my mind, her lines are always delivered in the voice of Wanda Sykes.

Walk Through Fire has humor, action, feelings and figuring out grown up ways of dealing. I can't wait for more from this series.