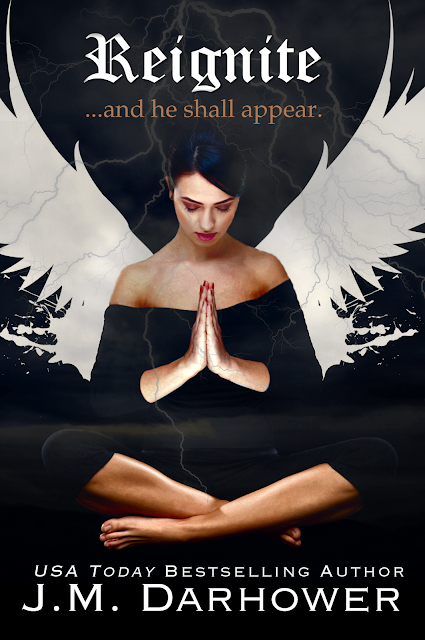 The moment the short-lived apocalypse came to an end, life returned to normal. Mortals continued on with their oblivious existences while the earth healed and flowers again bloomed, the devastation instantly wiped away. It was as if it had never happened.


But it did.
Luce knows. He’s cursed to remember every moment, forced to live with everything he has done. Suddenly finding himself out of confinement, he’s faced with a decision: where to call “home”. Free will turns out not to be the freedom he expects when the only thing he wants doesn’t know he exists.


Serah woke up with no memory of where she came from or who she was before that moment. Struggling to adapt to the world as a mortal, she’s haunted by a set of bright blue eyes that always seem to be watching her. She can’t shake the feeling that he could be her salvation… if only she can remember him before it’s too late.
Lucifer didn’t fall from Grace alone. He’s not the only angel with a grudge, nor is he the only one fascinated by his beautiful mortal.
The road to Hell is paved with good intentions... 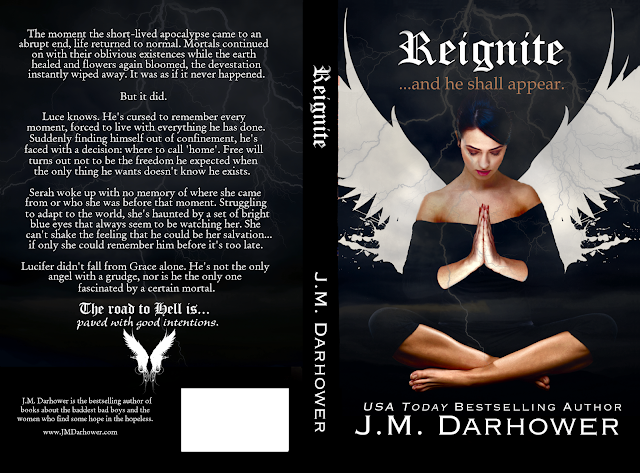 J.M. Darhower is the USA Today bestselling author of books about the hottest hitmen and the women who find some hope in them. She lives in a tiny town in rural North Carolina, where she churns out more words than will ever see the light of day. She has a deep passion for politics and speaking out against human trafficking, and when she isn't writing (or fangirling) she's usually ranting about those things. Chronic crimper with a vulgar mouth, she admits to having a Twitter addiction. You can usually find her there.

As I have previously stated, I love all the books by J.M. Darhower that I have read. That includes this series.

In the first book, we met Lucifer and saw him trying to wreak havoc upon the world. We also witnessed Serah trying to work out peace between both sides while falling for Lucifer. We were left unsure of everyone's futures.

In this book, we find out more about the Lucifer/Serah/Michael fate.

Lucifer has abandoned his plans to cause destruction. Yet still he isn't happy.

Luce thought it was what he'd wanted—the silence, the peace—but what he hadn't anticipated was the loneliness.

We learn of the reasons behind his actions for thousands of years and of the changes he has underwent because of Serah.

He once envied the humans because they were given the Earth, but looking at her, he wondered if maybe Paradise was to be found in a person and not a place.

"That's the thing about free will," He continued, once more reading Luce's thoughts. "Decisions have consequences. They don't just impact you, but everyone around you also.

Overall, the whole series is basically a star-crossed lovers beautiful story. But if you focus on all the parts, it's amazingly detailed, a great combination of the entertaining and philosophical. If I thought about it too deeply, all the creation and the afterlife, I could get lost. As to how things turn out with all of the characters, the reader is given the full and complete story. All loose ends are wrapped up with this book.

If you like PNR, I recommend you read this series. J.M. Darhower is an amazing author, and I can't wait for whatever she comes up with next.