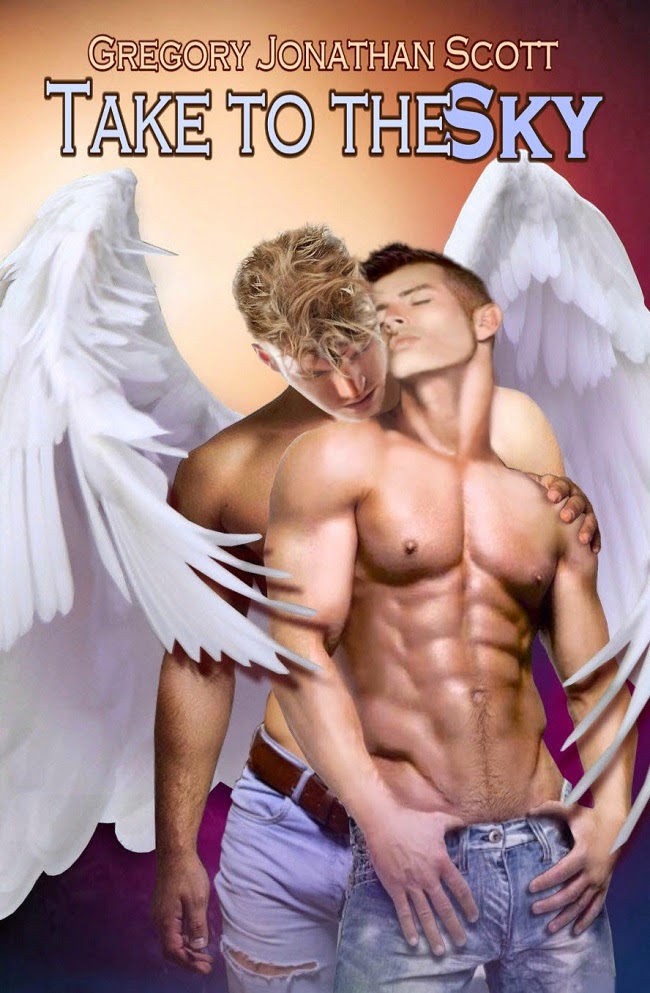 An angelic romance that’s Powerful, Suspenseful, Sexy, Uniquely Erotic, and Romantic.
In a secret Michigan Laboratory, an experiment developed a superior creation that was anticipated but not expected. He was the ultimate conception, a core life-being merged with avian. He was born with a gift, a rare one; the ability to fly.
His wings instinctively brought out the urge in him to fly, and Kellan's need to be free became his obsession.
When the dark, swirling clouds loomed one night, Kellan abandoned the place he had called home, taking to the sky in search of his freedom and to seal his heart that seemed incomplete.
Because Kellan's secret was too great for anyone outside the institute to know about, TC unleashed genetically altered Maniacs to bring him back.
Through independence, his amazing reality brought riveting adventures to a man he found and couldn't seem to live without. They get tangled with hair-raising suspense that adds heart-pounding tension to every attempt they make at living their unique affair. They faced uncertainty so hectic that staying together was the least of their challenges, and it caused many of their bouts with passion to spiral in and out of chaos.
Along their frenzied path to survive, hidden secrets surface about Kellan, prompting each move they make in order to truly set him free.
Could Kellan's one true love and passion to fly be the death of him?
It's a magnificently inventive adventure of menace, romance, and extreme erotic pleasures. 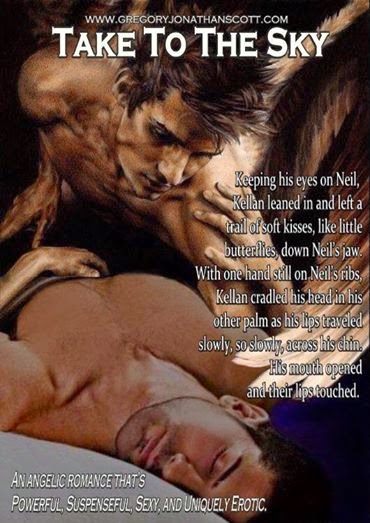 “Okay, I’m sorry,” Kellan said. “I only wanted your first flight to be memorable. Next time I’ll  go easy on you.”

“Ppphh! Next time?” Neil spat and started to walk away. “I don’t think so, there isn’t going to be a next time.”

“Get over here.” Still chuckling in a playful manner, Kellan reached for Neil’s wrist and  tugged. “Yes there will be, and I promise I’ll go easy on you.”

Neil jerked and spun into Kellan’s arms, hitting his chest hard. It seemed warmer this time and what Neil liked most of all was when Kellan wrapped his feathery wings around him for that added hug. And then there was the kiss. Another beautiful kiss that transported them to a world of their own and just like before, it was perfect.

Hardly a minute had passed when the thrill of the other’s touch set off definite arousal inside both their jeans that fought like hell to bust loose and connect in a way that only two men could.

Neil brought his hands to Kellan’s bare chest and stroked it. If he wasn’t mistaken, his chest wasn’t as smooth as it was before, maybe superfine feathers like the downy growth found on a newborn bird. It was shadow black where they were at and the darkness kept Neil from being able to tell for sure, but his exploring hands that roamed Kellan’s chest made him grow much harder than he was just seconds ago.

The low moans that came out of Kellan told Neil that whatever was happening between them needed to continue. When he felt Kellan’s tongue push between his teeth, he took that as proof that the angel wanted more of him.

Was it a good thing or a bad idea?

The night air was still, too still, almost peculiar enough to be a bad sign. It was like the calm before an approaching storm.

Neil longed for more of Kellan, but wasn’t sure it was the best thing for them to do. The idea of getting wrapped up with an angel who just escaped a top-secret government facility might not be a good one. He desperately tried to put his mind elsewhere, anywhere but on the man he was kissing. Anywhere in the universe would do fine, but the thought change wasn’t working to save his ass – he was hooked.

Gregory Jonathan Scott was born and raised in Grand Rapids, Michigan where 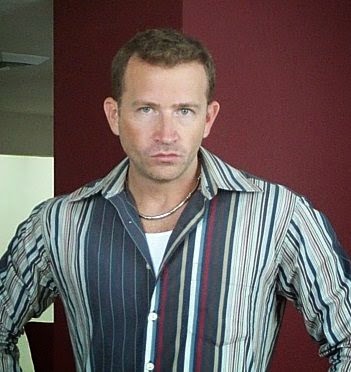 he met and shared a life with Scott that began just out of high school. Meeting by chance in Grand Rapids before relocating to South Florida where they live now with their lovable Shetland sheepdog and a sweet stray cat that showed up one day and decided to make their house a home. As a child, Gregory was always told he had a creative imagination and the artistic ability to turn a blank canvas into a beautiful work of art. Shortly after high school graduation, and together with his true love Scott, discovered the thrill of pottery and ceramic art. Here is where they opened a business for ceramists that quickly exploded before their eyes as the number one location for any hobbyist, storefront and scholastic industry looking for supplies related to ceramics and pottery. During this time, Gregory was approached by art magazines to write short articles and educational columns pertaining to the ceramic artistry. Captivating readers by his writing style grew fast, which ignited his desire to express himself further. From there, it began. Finding a love for writing, alongside his artistic hand, gave him inspiration to design and write this M/M romance Novel. Gregory and Scott are still together and are currently enjoying home life in South Florida.

I am going to give up my morning shopping experience at the local supermarket. The  weather all though a bit different than in angrier states gives no excuse for misbehaving at the grocery store because there’s a love-hate relationship with the weather outside. I will however go on believing that the people in Miami can be just as insane at the market during the holiday’s as they are in Texas, California or New York. Evidence lied with the spectacular event that took place in aisle number 2.

The amount of soda that shot out of that bottle when it hit the floor was amazing and the kids nearby loved every minute of the indoor fountain full of flavor. I tell you, those purple children actually looked adorable after they stopped screaming. I thought that at the same time I took off running. The shirt I had on was pure white and there was no way in hell I was going to look like a freshly dappled Easter egg in November.

Moving as far away from the soda fountain, I crossed paths with two big women fighting over the can of un-baked dinner rolls. It was hilarious. They both had a hand on the can, one at each end, while screaming at each other in Spanish that sounded to me like two chickens clucking. I pushed my way by before the cardboard can blew open, hitting all of us with butter flavored dough, and let the two beasts hash it out. I never did find out who trumped the other because I got the hell out of dodge while the gettin’ was good.

Now I’m not saying that everybody gets a little busted in the head when it comes time to fill the table with the long awaited Thanksgiving meal, but holy green-beans batman, some people need to take it easy on the neighbor when grabbing for the pop-n-fresh baking rolls.

My gracious shoppers - If I can call you that, there is no need to smash my fingers between two frost-bitten turkeys because you thought I was going for the same twenty pounder that you had your eye on. Nor is there any reason to run over my feet with your 272 pound shopping cart full of Yams and frozen pumpkin pies. I know it’s crunch time and the oven is waiting for that almighty meal to get started, but right now, today, we must share the space we live in as well as be courteous to fellow shoppers going after similar baked goods that will soon satisfy my taste-buds as well as yours.

It was madness at the grocers and I have the bruises and blood stains to prove it. ‘Damn is that a purple stain on my sleeve?’

Let it be known I survived the event of the day and my wounds scabbed over and healed, however I now need to make a trip to the shoe store so I can replace the thong that was taken from me because the hungry lady plodding for the freezer packed whipping cream hooked my strap on her shopping cart wheel and tore it clean from my foot. I wasn’t sure how that  happened, but it was incredible. Like a magic trick. As my sandal flapped and flopped in her push cart wheel and I stood barefoot in aisle number seven, I received no apology, but instead got a pointing finger to come get my leather flipper. As the starving lady saw it, I totally inconvenienced her for getting in her way and interrupting her harried mission to feed her great big family. Enough Said. ** HAPPY THANKSGIVING ** Eat everything on your plate because it was quite a mission to put it there. 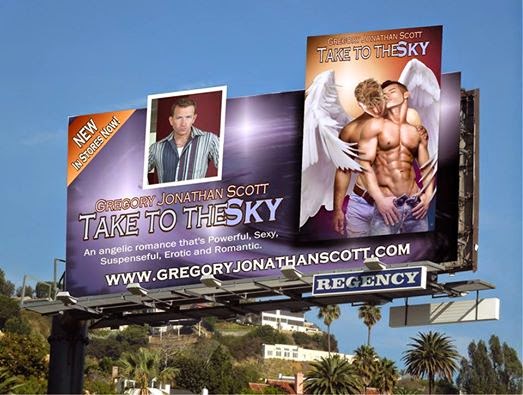 Grand Prize (US Only):  Kindle Fire HD 6 Tablet and a Signed Paperback Copy of, Take To the Sky

First Prize:  E-copies of Take To The Sky, The Plantation Affair and Heartbreak Beat.

Second Prize:  E copy of Take To The Sky

Take To The Sky by Gregory Jonathan Scott

I had no idea what to expect going into this book. I had never tried anything from this author before. I knew it was M/M, about an angel and had a hot and beautiful cover. That's it. I am so happy that I took the chance with this read. I absolutely loved it. The writing paints such a vivid picture that while I read, the scenes played in my head like I was watching a movie.

This story is loaded with action from beginning to end. It has crazy fighting scenes mid-air and on-ground, escapes, guns, explosions. For the action-lovers, you will definitely not be left wanting.
For the sci-fiers, you're also covered. Kellan, a avian/human hybrid, was created and has lived his entire life in an abandoned insane asylum that now serves as a secret site for government gene experimentation. He's an advanced species, but not the only creation. The enforcers, known as Seekers, are a bat/human mix which feel no pain or emotion, existing only to serve the makers. 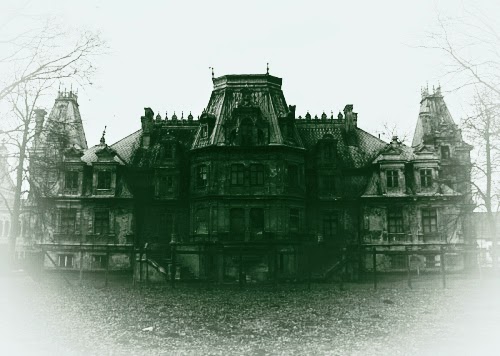 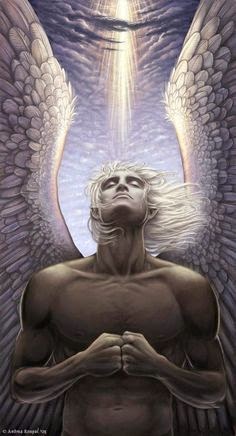 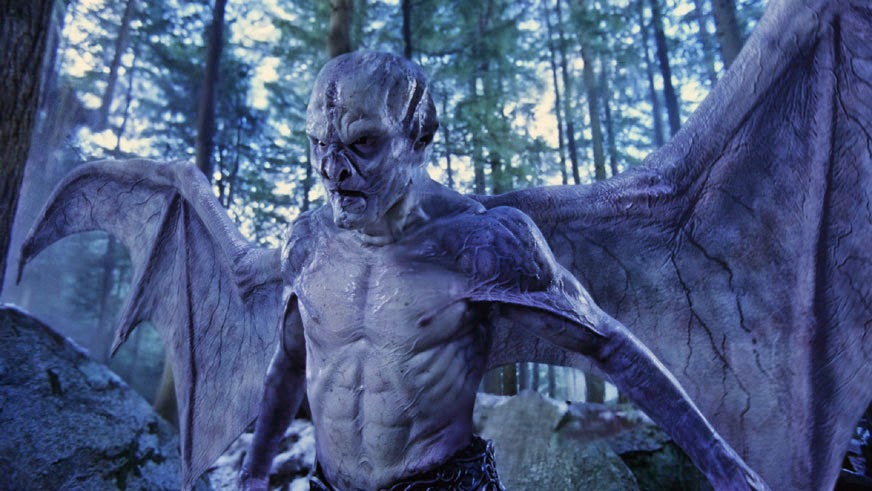 This is also a story of love. Kellan and Neil meet by chance, but they instantly feel a connection toward each other. In the midst of Kellan's battle for freedom from his makers, they begin to develop a relationship.

Deeply connected, they rocked together perfectly, one gave while the other received.

I also have to give a shout out to Dylan, Kellan's dog. Having a pet as one of the major characters gave this story such a heartwarming feel.

The only problem that I found with this book was some of the wording. Some things were over explained or repeated and occasionally the word choice didn't flow smoothly. As I stated above, most of the writing was excellent, allowing me to feel I was experiencing the scenes instead of reading them. I think this story would have been a five star read if not for those small faults. The storyline is completely original to me and it keep my attention the entire time.

This is book one of series. I am definitely looking forward to the next book.