The Dreadful Fate of Jonathan York: A Yarn for the Strange at Heart by Kory Merritt Review 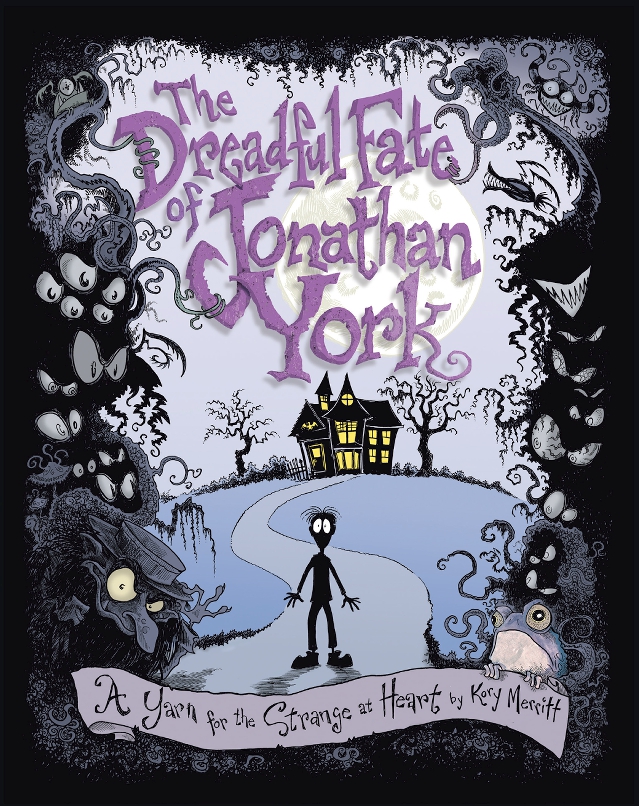 Discover the horrible fate of Jonathan York as he sets out on his journey through a spooky forest with an alarming party of travelmates!

Jonathan York has led a boring life — a pointless degree from the community college, a lackluster job at the General Store, and never any desire for something more exciting. But when fate leaves him stranded in a sinister land, he finds himself seeking an adventure of his own. Along the way he encounters ghoulish thieves, ravenous swamp monsters, a dastardly ice cream conspiracy, and a necromancer bent on human sacrifice.

His feature, Lost Side of Suburbia, which appears on GoComics, was largely influenced by folk tales Kory learned as a counselor at Camp Kenan in Barker, New York.

The Dreadful Fate of Jonathan York: A Yarn for the Strange at Heart by Kory Merritt

Reading this was a total treat. The wording is super fun, not too bubbly and not too brainy, perfectly entertaining. The art made good use of light and dark and is full of interesting and odd characters.