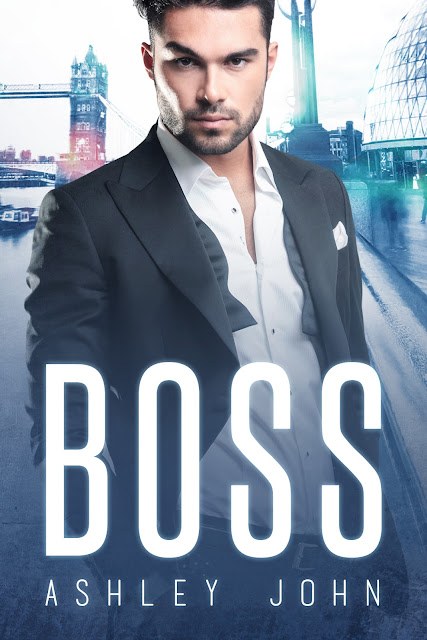 After years of travelling the world using his trust fund, college-dropout Joshua Silverton returns to London to discover two shocking truths; his estranged and wealthy father has been dead for over a year and he left his fortune to a total stranger. Joshua soon meets the man who stole his inheritance and even though he expects to hate Ezra Steele, he can’t ignore the strange attraction he suddenly feels towards him.

Bill Silverton saved Ezra Steele from his troubled past when he signed Silverton Tower over to him on his deathbed. Ezra now has the house, the business, the cars, the money and a different man in his bed every night. It’s a life he wants to cling to, so when Bill’s gorgeous son unexpectedly turns up and demands he hand everything back, his life is turned upside down in more ways than one.

A need to finally prove himself to his dead father forces Joshua to challenge Ezra but will he be able to ignore the attraction in order to be ruthless? Ezra tries to keep his enemies close by getting Joshua into his bed but as history catches up with him, he is forced to face himself. They are both running from their past, so in a battle between head and heart, Joshua and Ezra must choose what is more important – money or each other.

Ashley John is a young gay author of gay romance novels. Living in the north of England with his fiance and two cats, Ashley John spends his days writing down the voices he hears in his head. His books are primarily romance dramas with sprinklings of erotica and he has a knack for making you feel like you're living right beside the characters he creates. Ashley John is also a keen artist and he puts his artistic side to designing all of his own covers.

This is a story about two men who are lost. Both are running away from their pasts but not really running toward anything.

Joshua left town as soon as he was of age and has been traveling since. He has been living off of his trust fund and has never returned home. Years later, he finally returns to attend his cousin's wedding to find that his father has died and left everything to Ezra, someone Joshua doesn't even know. He goes from knowing he has an endless supply of money to learning he has no more coming. Life as he has known it is over. It's time for Joshua to decide his future.

Ezra came from nothing to become one of the richest men in the city. He can buy anything he wants. Men throw themselves at him. Life is a party, but money can't buy happiness.

Joshua and Ezra begin to see something in each other, but because of how they are connected, neither can trust the other. Also both men have outside forces (good and bad) chipping away their beliefs. The reader gets to see things from Joshua's and Ezra's point of view. There are several ups and downs and revelations over the course of the book. Great sexy times also work their way in.

Although there is a sequel, this is a complete story with no cliffhanger. If you're one of those that likes to wait for the next to be released before starting a continuing storyline, you don't have to worry about that with this novel.

BOSS has themes of serendipity, self-actualization, acceptance and growth. I really liked it and will look for more from this author.