Winter Oranges is one of my top reads for 2015. I contacted Marie Sexton and she agreed to answer some questions. Also keep reading for an excerpt from her upcoming novel Trailer Trash coming soon from Riptide Publishing. 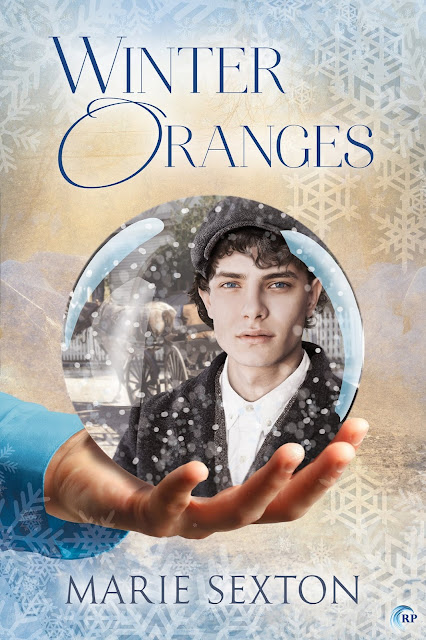 Jason Walker is a child star turned teen heartthrob turned reluctant B-movie regular who’s sick of his failing career. So he gives up Hollywood for northern Idaho, far away from the press, the drama of LA, and the best friend he’s secretly been in love with for years.


There’s only one problem with his new life: a strange young man only he can see is haunting his guesthouse. Except Benjamin Ward isn’t a ghost. He’s a man caught out of time, trapped since the Civil War in a magical prison where he can only watch the lives of those around him. He’s also sweet, funny, and cute as hell, with an affinity for cheesy ’80s TV shows. And he’s thrilled to finally have someone to talk to.


But Jason quickly discovers that spending all his time with a man nobody else can see or hear isn’t without its problems—especially when the tabloids find him again and make him front-page news. The local sheriff thinks he’s on drugs, and his best friend thinks he’s crazy. But Jason knows he hasn’t lost his mind. Too bad he can’t say the same thing about his heart.

Winter Oranges is so magical, like a fairytale for adults.  How in the world, did the idea for this story come to you?


I can't take the credit, actually. I'd promised a holiday story to Riptide, but I wasn't really sure what to write, so I asked for suggestions on Twitter. One person (@JenW2468) said she'd always wanted to read about somebody trapped in a snow globe. It seemed a bit crazy, but the more I thought about it, the more I loved the idea.


What is your favorite book from childhood?


I'd have to say The Great Brain, by John D. Fitzgerald. I loved the entire series, and I think that's where I developed my affinity for (possibly untrustworthy) first-person narrators.


Which authors have been the biggest influence on your writing?

Probably Lynn Flewelling, because it was her Nightrunner series that led me to gay romance, and it was reading gay romance that made me suddenly want to write.

If you could travel anywhere in the world (money was no object) describe the trip you would take.

Oh, man. That's hard. I'd have to do tons of research, but the trip would definitely include:

If you had a time machine, would you go back in time or visit the future?

I'd go back in time and find out whether or not Lizzy Borden was guilty.

For your own reading, do you prefer ebooks or traditional paper/hard back books?

Paperbacks, all the way. I've just never adapted to ebooks. I own two Kindles, but I hardly ever use them. (My husband and daughter do, though.)

What book/s are you reading at present?
Practical Magic, by Alice Hoffman 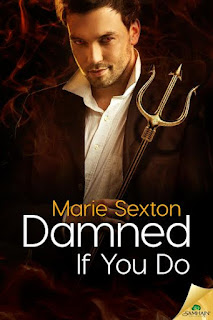 Next up is Trailer Trash. I originally started this book way back in 2011, but I knew it was going to get super angsty, and I just wasn't ready to go there. I've always known I'd end up finishing it eventually, though, so last November, I decided to tackle it as my unofficial NaNo project. I didn't think it would take much to finish. Well, I wrote 50k on it in November, but that wasn't enough. The book ended up being far more complicated than I anticipated, and it might be the angstiest thing I've ever written. The good news is, it's done now, and I'm really excited about it.

Trailer Trash is a new adult novel about two high school seniors set in 1986 in small-town Wyoming. It's available for pre-order now.
http://www.riptidepublishing.com/titles/trailer-trash

And for those who'd like a little less angst, I have Damned If You Do coming from Samhain in June. It's a fun little romantic comedy about a slacker devil trying to claim the soul of a very devout young musician at a tent revival.
http://mariesexton.net/books/book-list/damned-if-you-do 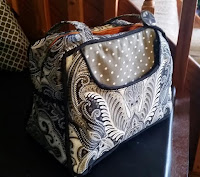 Pie- My late grandma's homemade lemon meringue. Barring that, probably pumpkin.
Indoor activity- Eating
Purse- At the moment, this one! I made it a couple of weeks ago. (Sorry the picture is blurry!)
Genre to read- Right now, historical mysteries. I also read a lot of thrillers and horror.
Genre to write- Romance, of course. LOL. But I especially love the friends-to-lovers trope.

I'll share a bit from Trailer Trash, but with the disclaimer that this is an unedited excerpt (the book is still in edits, because it took me AGES to finish). 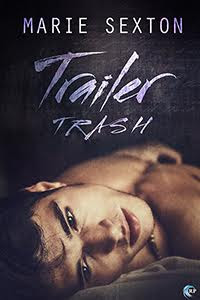 Marie Sexton lives in Colorado. She’s a fan of just about anything that involves muscular young men piling on top of each other. In particular, she loves the Denver Broncos and enjoys going to the games with her husband. Her imaginary friends often tag along.

Marie has one daughter, two cats, and one dog, all of whom seem bent on destroying what remains of her sanity. She loves them anyway.

REFER TO AUTHOR http://mariesexton.net/books FOR COMPLETE LIST OF WORKS