Best Laid Plans is one of my top reads for 2015. Stylo was so kind as to answer some questions (Marc & Kingsley even dropped by a bit). Also keep reading for an excerpt from Stylo's upcoming novel The Bad Ones. THE PLAN:
* Smuggle diamonds from Liberia to Morocco
* Make the trip in three days
* Don't get caught
* Don't kill each other
* Don't have sex with each other
* Don't fall for each other
* Stick to the plan
This is the story of what happens when an unlikely bond is formed between enemies, causing tensions to rise, and igniting a chemistry that threatens to burn them both. Together, they'll learn that sometimes even the best laid plans can fail.
If this NOVEL were a MOVIE, it would have an R rating from the MPAA. Contains: Violence, Grisly Images, Strong Language, Nudity, and Graphic Sexual Content

My Favorites:
Drink – margarita on the rocks
Vacation Destination - Paris
Actor – Toss up between Matt Damon and Leonardo DiCaprio
Fragrance – Dulce & Gabbana Light Blue
Sandwich – BLT – no tomato, with cheese (so is that a BLC?)

Were you surprised by how instantly popular Kingsley was since he wasn't the main male lead?


Not really – I had an inkling that he would be liked as I was writing him, and then beta readers just fell in love with him, so I kinda saw it coming. 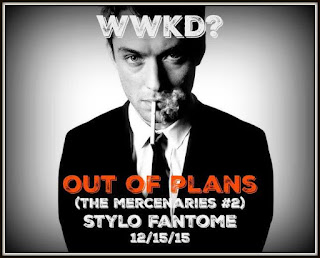 You use locations around the world, various weapons and sometimes touchy subject matter.  How much time do you spend doing research before actually writing a book?


It really depends on the book. Like Degradation, there were little things – google mapping Boston and Weston was it. But for Best Laid Plans, HOURS were spent looking things up and reading articles. I probably spent more time researching than I did writing.


You often have characters doing things considered immoral or illegal, but they still come off as good people.  Do you find walking that line difficult?


Oh yes. I use my own moral compass (which really says a lot about me!), and if something makes ME uncomfortable, I shy away. Yet at the same time, what is “okay” for me is NOT okay for other people. I just go with my gut and usually stick to what I'm particularly okay with. It's a very fine line, and of course everyone's is different, but I always try to stay juuuuust inside the right side of it.


Have you ever written a story, scrapped the entire thing and started completely over?


Yeah – Out of Plans. There's chunks of text from the original draft, but probably like 95% of it is completely new material. It's a hard decision to make – writing 80,000 words takes a very long time and a lot of work. I'd almost rather pull out my fingernails than start over.


What do you do for inspiration when you're having trouble finding story ideas?


I rarely have trouble thinking of ideas for stories – I have easily a dozen that are already started. It's keeping the idea going that's hard. When I hit that wall, then I turn to music or my critique partner for the most part. I've gotten a lot of ideas while traveling, and listening to music.


Do you have any advice for anyone trying to write a book?


Oh lord. Grow a THICK skin, that's what I always tell people. Thicker than whatever you think you'd need. And always write what YOU want to write – there's no recipe for success, so it's pointless to try and write what you think people will like. Just write whatever is inside you.


All sorts of stuff! I have a book coming out in April, “The Bad Ones”, a dark romance. I'm considering putting the Kane books into a box set for the summer – I always try to do something for Degradation's publish-birthday and would maybe include some extras, like scenes from Sanders' POV. I would like to write Kingsley's book this year, though I can't guarantee that it would get published in 2016. And then I have some super secret stuff I have planned, too, but I'm gonna let that all unfold on its own  ;)

“Why are you here?” she asked, her voice a slow drawl.
“You know why I'm here. Is this what you've been doing while I've been gone? Acting like a fucking idiot? Is that why you came in here?” he demanded, ignoring the large man who kept looking at them. Dulcie's laughter fell away.
“No. No, that's not why I came in here,” she answered in a soft voice.
“Then why?”
“I came here because I like to fight.” 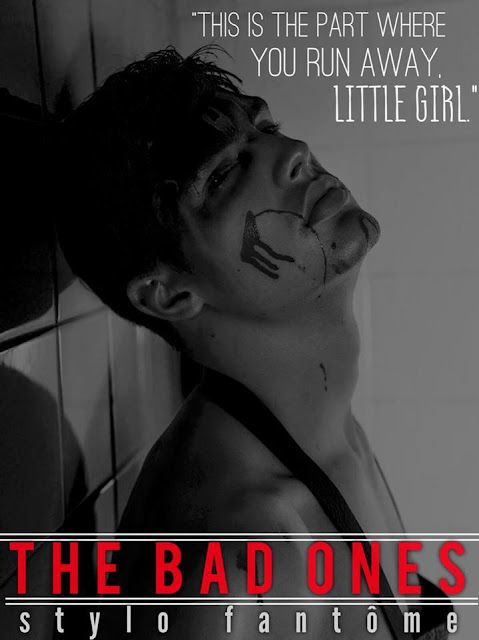 “Have you ever even been in a fight?”
“No, but I'm about to.”
Without another word, she picked up her beer and slammed the bottle against the side of his head. Liquid and glass showered down all around him, and he could feel where the bottle had sliced him at the edge of his hairline. A couple of girls standing near them shrieked, but He didn't move a muscle. Just stared down at her.
“What the fuck is goin' on here!?”
The fat man who'd been eyeballing Dulcie steamed up to them. She smiled, but didn't look away from his glare.
“My friend was being rude,” she explained in a breathy voice. “I think he needs a lesson.”
“Look here, fella, I don't know who you think you are, but here, we treat our ladies with respect, so apologize for whatever -”
His fist broke the man's nose before he could finish the sentence. Pandemonium erupted. Girls started screaming. A woman started pounding on his back, but when he looked behind him, Dulcie was yanking the girl away by her hair.
And that's all it took. Fights broke out all around them and the bar turned into a mosh pit. He was tackled from the side and he rolled around before pinning his attacker to the ground. He laid into the man, not stopping till he'd knocked the guy out, then he slowly climbed to his feet.
He'd somehow wound up in the middle of the dance floor. People were fighting all around him, he couldn't see anything, so he moved to where a table had been left standing and crawled on top of it. When he stood up, he could see the whole bar.
Dulcie was still in the same spot as before, but she'd moved to kneel on a bar stool, keeping herself relatively out of harm. Her eyes were scanning the room, clearly looking for him, so he jumped down from his table and stormed towards her. She saw him before he reached her and she hopped off her stool, meeting him halfway.
There was turmoil all around them. A pair of screaming girls, their hands locked in each others hair, crashed between them before falling to the ground. One of the bartenders was banging a bat on the bar top, screaming for order, while the other was on the phone, calling the police. He was bleeding from a cut on his lip, he realized, and he spit blood and saliva onto the floor. But he didn't say anything, just stared down at Dulcie, into her large amber eyes, and finally he smiled.
“I missed you,” he blurted out, and she smiled back.
“Good.”
She grabbed his hand and pulled him out of the bar. Once outside, she broke into a run, and he jogged to keep up with her. She'd lost her phone in the scuffle, but had somehow held onto her keys, and she let them into her car.
He didn't ask where they were going, just leaned back in his seat and held a hand over the wound on his head. After about five minutes, she reached across his lap and opened her glove box. She dug around inside for a second, then pulled out a bandana and handed it to him. He took it and pressed it against his cut.
“So that's what you do on Saturday nights? Start bar fights?” he asked after about fifteen minutes. She burst out laughing, but it wasn't the hollow sound from earlier. The cackle she'd been giving him in the bar. This was warm and real and it thawed some of the ice in his heart.
“No, not usually,” she finally answered.
“Then what the fuck was that about?”
She stayed silent, and he noticed their speed increasing. They were racing down the highway, zipping around other cars. Then she took a deep breath and finally answered him.

Crazy woman living in an undisclosed location in Alaska (where the need for a creative mind is a necessity!), I have been writing since ..., forever? Yeah, that sounds about right. I have been told that I remind people of Lucille Ball - I also see shades of Jennifer Saunders, and Denis Leary. So basically, I laugh a lot, I'm clumsy a lot, and I say the F-word A LOT.
I like dogs more than I like most people, and I don't trust anyone who doesn't drink. No, I do not live in an igloo, and no, the sun does not set for six months out of the year, there's your Alaska lesson for the day. I have mermaid hair - both a curse and a blessing - and most of the time I talk so fast, even I can't understand me.
Yeah. I think that about sums me up.
Facebook | Twitter | Goodreads | Amazon Author Page | Instagram


MORE READS FROM THIS AUTHOR