Kyland is one of my top reads for 2015. Mia and Kyland were so kind as to do an interview. Thank you! 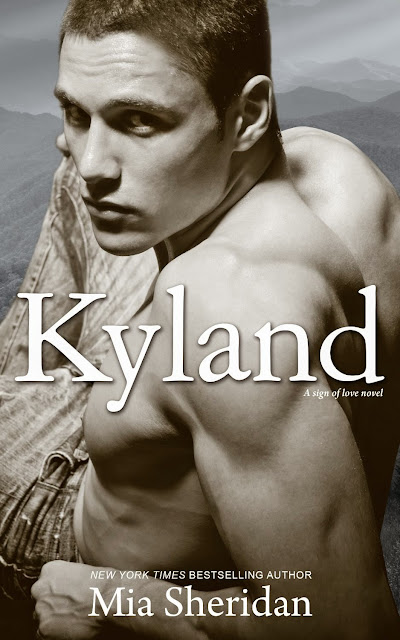 A full-length, standalone romance from the New York Timesbestselling author of Archer's Voice.
Dirt poor. Hillbilly. Backwoods hick. Mountain folk.
Tenleigh Falyn struggles each day to survive in a small, poverty-stricken, coal mining town where she lives with her sister and mentally ill mother. Her dream of winning the college scholarship given to one student by the local coal company and escaping the harshness of her life, keeps her going.
Kyland Barrett lives in the hills, too, and has worked tirelessly—through near starvation, through deep loneliness, against all odds—to win the Tyton Coal Scholarship and leave the town that is full of so much pain.
They're both determined not to form any attachments, but one moment changes everything. What happens when only one person gets to win? When only one person gets to leave? And what happens to the one left behind?
Kyland is a story of desperation and hope, loss and sacrifice, pain and forgiveness, but ultimately, a story of deep and unending love.
THIS IS A STANDALONE SIGN OF LOVE NOVEL, INSPIRED BY TAURUS. New Adult Contemporary Romance: Due to strong language and sexual content, this book is not intended for readers under the age of 18.

QUESTIONS
I remember you saying that several parents who read Kyland wished they could let their teenager read it as it's an eye opener to how others live so you were thinking of taking out the steam and offering a YA version. Is that still something that may happen?
At this point, I don't think so. It's really difficult for me to go back and recapture the feel of my characters (I don't know if this is just me or if other authors have this problem as well), and so now that I've written 2 novels since Kyland, to dive in to that story again and re-edit several scenes (and possibly add some content) feels like an impossible task. This is why I've never taken on holiday novellas, or written a side character's story. Also, the other issue is that YA really has a character age limit (18) to fit in to that genre. Kyland and Tenleigh fit in for the first part of the book, but not the second. So if I took out the steam, it would just be to offer a secondary version, but not to classify it as a new genre. Who knows though. I'll never say never!
What kind of research did you do on people in this area in order to write this book?
Mostly google research. There's a lot of it online. I had also watched a special on poverty in Appalachia many years back and I always remembered it. There's so much despair there, but it's also incredibly beautiful.
How did you pick the books they read in Kyland? What's their significance?
Well I had to pick books I've actually read because I didn't have time to read a whole batch that may or may not work for their exchange. I narrowed it down by listing books I've read that are "hopeful," "tragic," etc. depending on what they were discussing.
Which astrological sign book will you be releasing next?
Virgo! It's *very* loosely based on the Persephone myth.
The movie option for Archer's Voice was purchased. Do you have any new information on when this may start production?
I don't have any information on production, but the screenplay is being written right now, so that's exciting! One step forward!
You are the queen when it comes to creating sweet, troubled heroes. How difficult is it to continue to make original stories with so much feeling?
Thank you! What a lovely compliment! It's really, really difficult to come up with unique stories - and as much as I try, there is always going to be something, somewhere that is similar, even in elements of the story. That used to worry me a lot, but I've since come to the conclusion that even if 10 authors were given the same topic, each story would be uniquely different. So I try not to pressure myself too much to write something each time that's never been done (after all, it's all been done). What I do try to do is put my own spin on each topic, and create characters that are unique and whose emotions are relatable.
What do you like to read in your free time?
My first love is romance. But I do try to read out of my genre too. I'm actually reading, "The Pillars of the Earth," right now - one I've been meaning to read for a long time!
Can you tell us if we see any of the characters from your previous books in future books?
Probably not. I don't even know if I remember all the characters from my previous books! Haha.
"Abs and Hidden Torment: A Man's Guide to Bagging Babes" from Grayson's Vow is one of my favorite lines. It's so fitting for male leads of this time period. How did you come up with it?
Thank you! I don't know - I just thought about the 2 main qualities in all the most popular heroes and those two attributes came to mind! Even I can't resist them.
What projects are you working on for 2016?
I'm finishing up Midnight Lily now, and then I'll probably work on one more (sign TBD) and that will be it for this year.
Do you have an excerpt from an upcoming book you can share?
I don't. I'm sorry! I've decided not to put any teasers out for Midnight Lily as there are some elements that I don't want shared - it's a different sort of book and my plan is sort of to hit publish and then disappear for a while. (Don't be scared).

Favorites
Quote
Me: "A reader lives a thousand lives before he dies. The man who never reads lives only one." George R.R. Martin
Kyland: "You pierce my soul. I am half agony, half hope. Tell me not that I am too late, that such precious feelings are gone for ever. I offer myself to you again with a heart even more your own than when you almost broke it, eight and a half years ago. Dare not say that a man forgets sooner than woman, that his love has an earlier death. I have loved none but you. Unjust I may have been, weak and resentful I have been, but never inconstant." Persuasion, Jane Austen
Store
Me: Whole Foods (I could wander that place for hours)
Kyland: Any grocery story (where I now have money to shop - I never take that for granted, remembering the days when I was always hungry).
Holiday
Me: Thanksgiving
Kyland: Thanksgiving
Board Game
Me: Trivial Pursuit
Kyland: Monopoly
Movie
Me: The Shawshank Redemption
Kyland: Braveheart 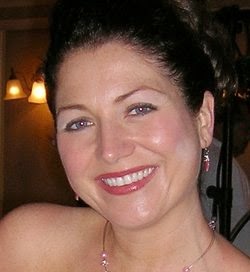 Mia Sheridan is a New York Times, USA Today, and Wall Street Journal Bestselling author. Her passion is weaving true love stories about people destined to be together. Mia lives in Cincinnati, Ohio with her husband. They have four children here on earth and one in heaven.