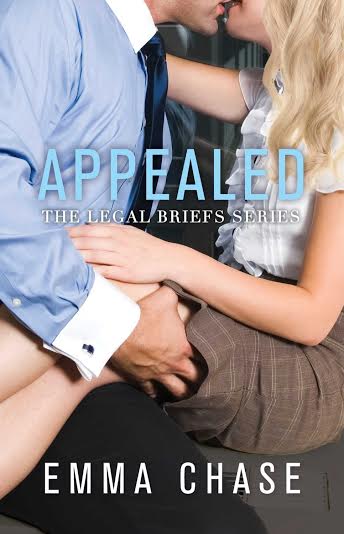 When Brent Mason looks at Kennedy Randolph, he doesn’t see the awkward, sweet girl who grew up next door. He sees a self-assured, stunning woman…who wants to crush the most intimate - and prized - parts of his anatomy beneath the heels of her Christian Louboutins.
Brent has never let the loss of his leg in a childhood accident affect his ability to lead a fulfilling life. He sets high goals–and then he reaches them.
And now he has his sights set on Kennedy.
**
When Kennedy looks at Brent Mason, all she sees is the selfish, Abercrombie & Fitch catalogue-worthy teenager who humiliated her in high school to join the popular crowd. A crowd that made those years a living hell.
She’s not a lovesick social outcast anymore - she’s a DC prosecutor with a long winning streak behind her. Brent is the opposing attorney in her next case and she thinks it’s time to put him through a little hell of his own.
But things aren’t exactly working out that way.
Because every fiery exchange has her wondering if he’s as passionate in the bedroom as he is in the courtroom. Each argument and objection only makes him want her more. In the end, Brent and Kennedy may just find themselves in love…or in contempt of court.
APPEALED is a sexy, humorous romance about first crushes, second chances and the final verdict of the heart. 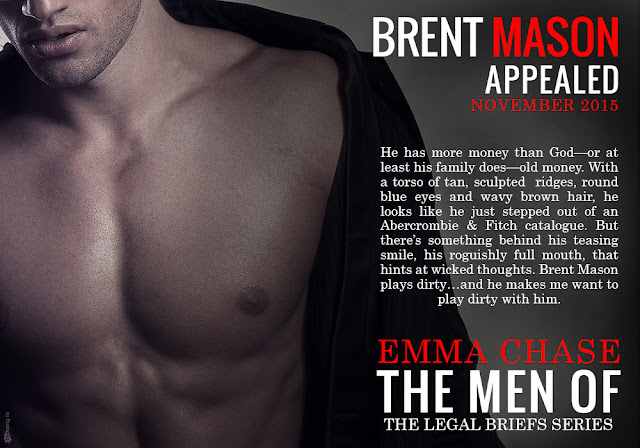 My gaze burns into hers and my voice is almost as hard as my dick. “Rule number one—you don’t set one pretty toe out of my bed without waking me up first. Ever.”


I lean in and skim my nose up the delicate line of her neck, then I drag my tongue down the same path to her pulse point—wrapping my lips around it and sucking—hard enough to leave one bitch of a mark.


“I jerked off in the shower,” I hiss against her. “And I was still hard as a rock watching you in court.”


That little tidbit gets me a nice whimper. But I’m not done. “And I swear, I could still smell you on my fingers. It drove me crazy all fucking day.”


I tilt back until I’m looking into her eyes. They’re lit up with heat and sublimely stimulated.


“Like what?”
“Like you want me to kiss you. I’m not going to kiss you, Kennedy—I’m pissed off at you.”
She squirms in her seat, her eyes flickering between my lips and my Adam’s apple. And a groan catches in my chest—because she apparently likes me pissed off at her.
Jesus, the fun I could have with that.
But I stay focused. “Ground rule two—we talk. Not about the case, but everything else is on the table. No more running away.”
Her throats constrict as she swallows—and I can almost hear her heart pounding. Or maybe it’s mine.
“Three—we take this one day at a time. You’re freaked, there’s shit between us—I get it. I won’t ask for more than you can give me.”
Her brow crinkles. “Brent, I don’t think—”
“You say that a lot. You seem very confused. So I’m going to make it real easy for you: I’m coming to your house tonight. I’m bringing food. We’ll hang out. If we happen to spend a good portion of that time without any clothes on— we’ll roll with that too. Say yes.”
Kennedy is silent for several moments – just long enough to make me realize I’m holding my breath.
Then she relents. “Yes.”
“Good girl.”
Her eyes narrow at me.
But because I’m so pleased— because I’ve wanted to all damn day—I eat my own words, lean in, and kiss the fuck out of her.

I love Brent! He is perfect for me. Kennedy should just step aside and let me have him. ;) Seriously, Brent is one of my top book boyfriends, and Kennedy is definitely the only girl for him.

Brent has always had money, as in super rich, so it was surprising for him to become a defense attorney. To many, becoming a lawyer would be a lucrative job, but he already has more many than he could ever make working; so, he's in it because it's his calling. His money and strong work ethic aren't even his best features in my eyes. His sense of humor is what gets me. He's a comic book nerd and a total goof ball. *Swooning* Oh, and he’s hot of course. ;)

Kennedy and Brent grew up together. They were two peas in a pod for years. She was there during his rehabilitation from the accident that caused the partial loss of his leg. He was there during her awkwardness, braces and glasses. As happens sometimes, other people got in the way. Years later, they find themselves on opposing sides of a case.

Kennedy is a tiger. She goes after what she wants with gusto. She's been knocked down a few times in life so she's Ms. Tough-As-Nails Dragon Lady compared to his Mr. Charming Clown.

This story has a good bit of action, laughs, sexiness and heart. It's a story of best friends turned enemies to lovers. And if you enjoyed the other characters, you'll be happy to know that you get regular updates on how they're all doing. The epilogue is beautiful—I loved the whole book really. Yes, I definitely recommend reading.