LOUD IS HOW I LOVE YOU by Mercy Brown Review 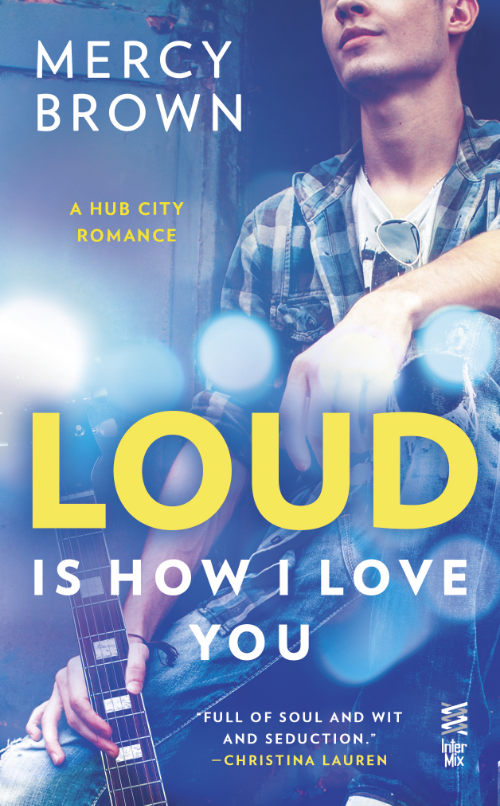 
https://www.goodreads.com/book/show/23248868-loud-is-how-i-love-you
LOUD IS HOW I LOVE YOU
HUB CITY ROMANCE #1
One girl’s heart gets rocked to the core in the first novel in this sexy New Adult series.
Twenty-one-year-old front girl Emmylou knows that getting her band noticed in the ‘90s indie rock scene will be no easy task. She definitely knows better than to break the number one rule of the band: Don't sleep with your bandmates! But after she ends up having the best sex of her life with her guitarist, Travis, she finds following that rule is a lot harder than it sounds.
When the band gets the gig of their dreams, making it big seems just within reach. But Emmy’s inability to keep her hands off Travis threatens everything they’ve worked for. Can Emmy find a way to break the rules and not blow the chance of a lifetime?
“So full of voice I can nearly taste it. . . Emmylou is bursting with strength and inspiration and—bless her heart—genuine flaws. . . Travis is perfection: a bowl of sugar balanced in a set of long, naughty, guitar-playing fingers.”—Christina Lauren, New York Times bestselling authors of the Beautiful series 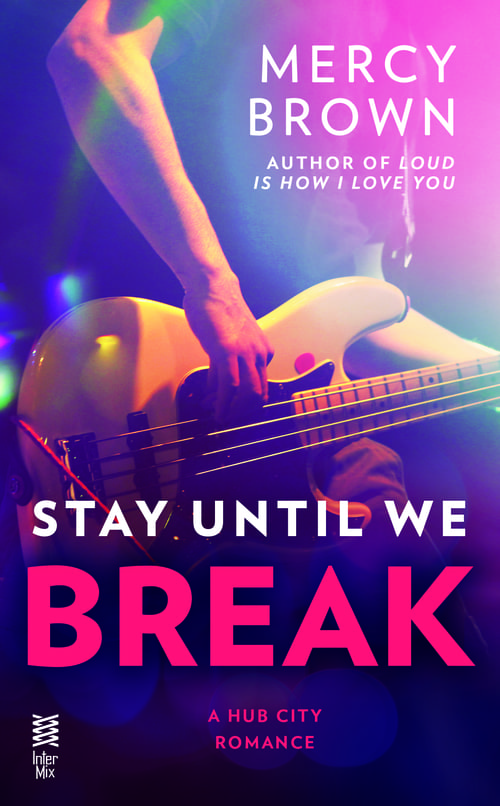 http://amzn.to/1WqO5Y1
https://itunes.apple.com/us/book/stay-until-we-break/id1046889401
https://www.goodreads.com/book/show/27841705-stay-until-we-break
STAY UNTIL WE BREAK
HUB CITY ROMANCE #2
COMING JUNE 21, 2016
Twenty-one year old Sonia Grant, a business major, has big plans for a career in the music industry. So when she’s offered the job of tour manager for her best friend’s band, she jumps at the chance for some real life experience. When her number one crush, bassist Cole McCormack, jumps her the first night on tour, she hopes she’s in for three weeks of some hot back stage action, too. But Cole turns out to have more up his sleeve than she or anyone realized.
Nobody knows that Cole is on the road to party like a rock star one last time before quitting his dream to take a more practical job and settle down. What he hadn’t planned was to fall in love with a girl he believes is out of his league. Will Cole play out the rock star fantasy he thinks Sonia wants from him, or tell her the truth and take the chance that she’ll either break his heart or make an even bigger dream come true?

Loud is How I Love You by Mercy Brown

Loud is How I Love You is told from inside the mind of Emmylou, a girl on a mission to break through with her band no matter what. The reader follows her through many freak-outs and hilarious moments.

Travis is to die for. He's sweet, smart and sexy. He's a great friend and lover. Emmy has trouble allowing more with him and not going for more at the same time. She's very torn for most of the book. The problem is that they're band mates, and the number one rule of being in a band is not to sleep with a member of your band. Of course the pull from Travis is inevitable. I was ready to jump him for her.

The author obviously has a musical background. I recommend this story to those who are interested in an inside look at making a band. This book will make you appreciate the effort and dedication. It's certain to make you laugh as well. I giggled out loud several times.