Poughkeepsie Begins is one of my top reads for 2015. Author Debra Anastasia agreed to an interview. She answered all my questions (Blake, Cole & Beckett even stopped by for a bit!) and gave an excerpt for her upcoming PNR The Revenger! 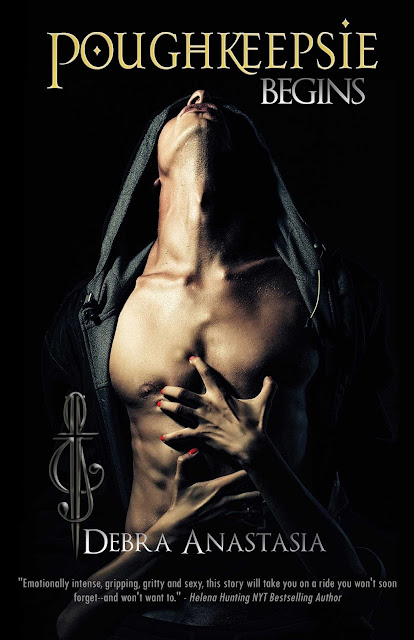 It ends with the beginning. This legendary, indie, cult-favorite series ends its tale with the story of the Poughkeepsie brotherhood before the tattoo. Before the train station, before the church, before a criminal empire there was a foster home and three teen boys who chose each other as family, because the ones they were born into didn’t exist
Still in high school, Beckett is already laying the groundwork for a grander life ahead, one where his brothers want for nothing and get some respect for once. But even as he plans, Beckett must decide if he’s ready to make that choice—diving in to a life that trades his chance at a future, his chance at something as simple as first love with a girl named Candy Cox, for their chance to find happiness.
Blake, Beckett, and Cole’s devotion to each other is forged by fists and the driving need to belong somewhere, to do more than just survive this life. Readers of the series know they each get there in the end, but before we count smiles, we must first shed tears. These early days of the Poughkeepsie brotherhood will play on your heartstrings before serrating them with a knife; they’ll lift your soul with music, only to leave you with nothing but a desperate prayer for hope.
And when you reach the end of the beginning, you’ll be ready to start the series all over again.

You have an app for this series and lots of extras correct? Please explain some of what you available.
Yes! The Enhanced Poughkeepsie app is a beautiful reading experience that I hoped would take the reader on an adventure with videos, music and so much more. The information on how to get that in your life is here:http://www.debraanastasia.com/2015/11/free-world-class-poughkeepsie-app-on.html

What made you decide to write a prequel? 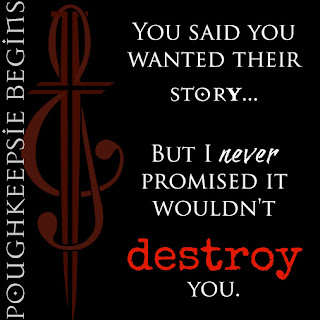 My readers told me that they wanted more of the boys. I really wanted to see what made their bond so strong, so I went back to the beginning.

Is there a message in your novel that you want readers to grasp?
I think all of my books should hopefully be a fun way to pass time. Getting to share head space with a reader and play with their imagination is a tremendous honor.

Which emoji would best capture your essence?
The poop one. :(

If you needed one, what would your DJ name be?
H. B. Vagina. (Hairy Bushy)

What projects are you working on for 2016?
I have so much coming up in 2016 I should just sit down and drink wine I think. Next up for me is a dark paranormal about a female superhero, titled The Revenger. I have a middle grade with my daughter coming out this year, a true life Disney trip report series, an anthology and another romance.

Who are your cast picks?
I like Jesse Williams for Cole, Kellan Lutz for Beckett, Emma Stone for Livia, Olly Alexander for Blake, the blonde from Vampire Diaries for Eve and Kyle could be Chole (Girl in the 5th wave). 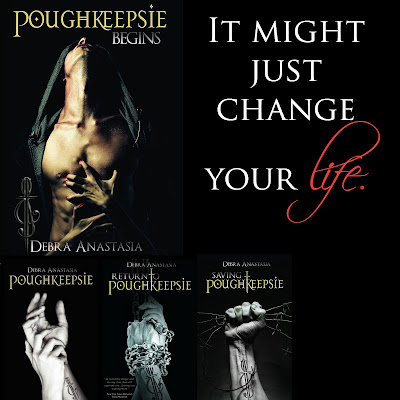 The Revenger
The screams led her to a terrace, and she busted through the glass doors to stand on a balcony. The ocean crashed against the shore below her, in motion and alive. From the roof she heard a helicopter’s blades pounding the air. She tilted her face to see it rise above the house. The man who made her daughter scream sat in the passenger seat looking right at her.
Right into her.
He was devastatingly handsome, and he offered her a bit of a smirk as he realized he would succeed in getting away. Behind her, she could hear the army level all types of weapons. She paid them no mind; she was trapped in the eyes of the evil man above her. He waved at her now as the helicopter began to rise. She pointed at him from where she stood. She mouthed her next words so only he would get her message.
“Run. Run far. I’ll find you. I’ll always find you.” She smiled as his triumphant demeanor fell like a leaf from a tree. In heartbeat he was gone from her sight.
She turned to face the angry mob. There was so much red she couldn’t even make out their faces.
She gave them the finger and did a perfect backflip off the fourth-story balcony.

There are a lot of eyes in Debra Anastasia’s house in Maryland. First, her own creepy peepers are there, staring at her computer screen. She’s made two more sets of eyes with her body, and the kids they belong to are amazing. The poor husband is still looking at her after 17 years of marriage. At least he likes to laugh. Then the freaking dogs are looking at her—six eyeballs altogether, though the old dog is blind. And the cat watches her too, mostly while knocking stuff off the counter and doing that internal kitty laugh when Deb can’t catch the items fast enough.
Debra has a smattering of books in a few genres. There are two in the Seraphim Series and three in the Poughkeepsie Brotherhood Series with a prequel, Poughkeepsie Begins in the near future. Fire Down Below is the first in the comedic Gynzaule Series. The second, Fire in the Hole, will be published in late 2015. The Revenger, a dark paranormal romance will debut this summer. And last, a novella called Late Night with Andres is special because 100% of the proceeds go to breast cancer research. (So go get it right now, please!) You can find her at DebraAnastasia.com and on Twitter @Debra_Anastasia. But be prepared...