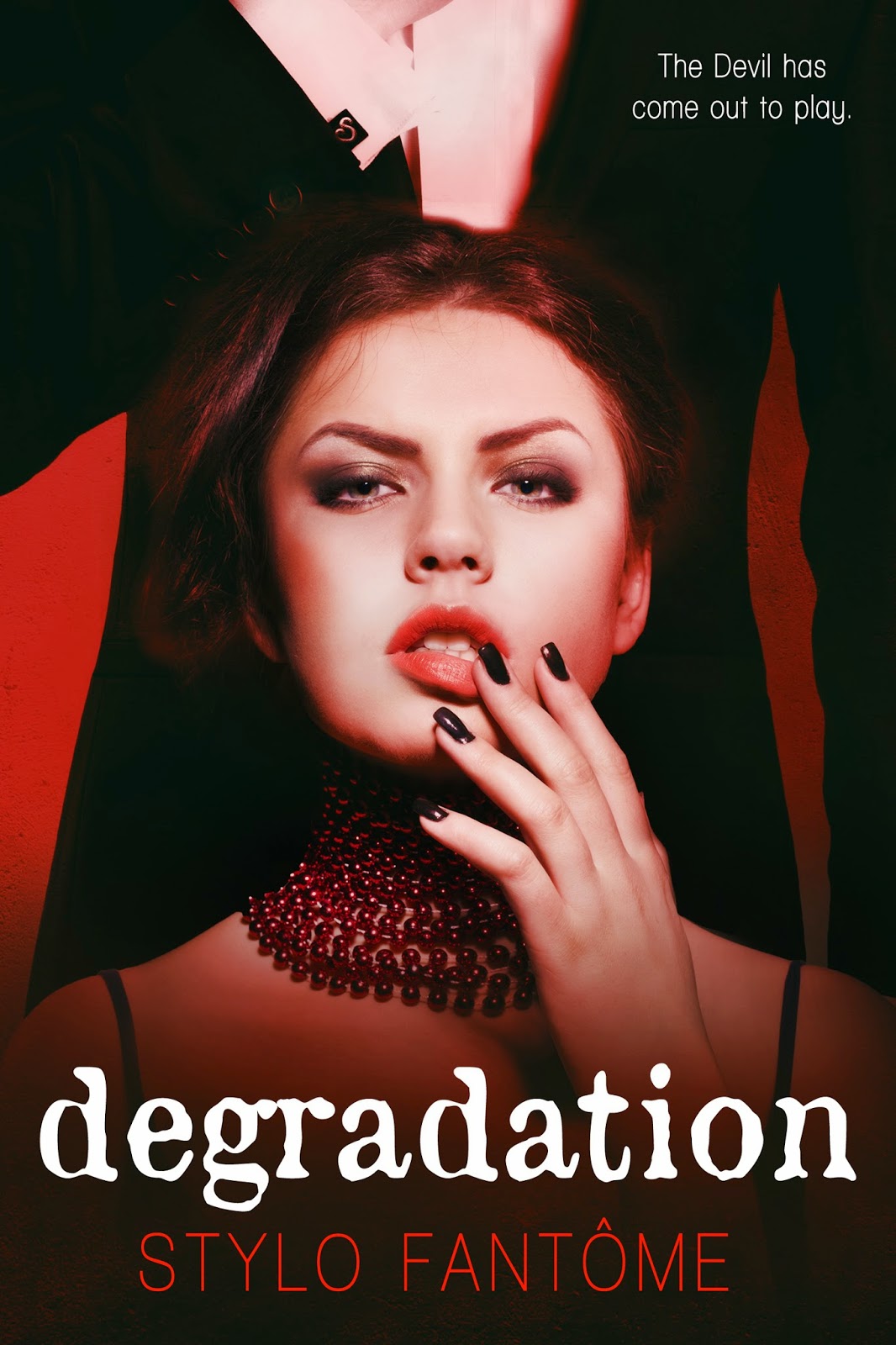 The Devil has come out to play

Eighteen year old Tatum O'Shea is a naive, shy, little rich girl. Twenty-three year old Jameson Kane is smart, seductive, and richer. They come together for one night, one explosion, one mistake, and Tate is hurled into space – no family, no money, and no Jameson.

Seven years later, life is going pretty good for Tate, when she runs into Jameson again. This time, she thinks she's ready for him. She doesn't have a naive bone left in her body, and she can't even remember what shy feels like. Jameson has evolved into Satan – sharp teeth, sharper claws, and a tongue that can cut her in half. It all sounds like fun to a girl like Tate, and she is ready to play, determined to prove that she isn't the same girl he conquered once before. A series of games start, each one more devious than the last.

But the devil likes to play dirty, and she learns that playing for souls is playing for keeps. The lines between games and reality, heaven and hell, get blurry. Can she beat Jameson at his own game before someone gets hurt? Or will he leave her soulless, making him the winner, once and for all?

Do you have any deleted scenes or conversations that you don’t mind sharing?
ME: Unfortunately, I don't have any actually typed out - silly me, whenever I got rid of something, I completely deleted it. I'm really regretting that now. But there was a whole scene in the library where Tate challenges Jameson to not speak one word during sex - can you imagine!? The later books had more deleted scenes, they were harder to write.
Do you have any special preparations that you take to get into a writing mood?
ME: No, not really. I have a laptop, so I get comfy on my couch. I can write through just about anything - but I prefer it to be kind of quiet.
Did you know how you wanted to series to end when you first starting writing?
ME: No - I mean, I knew I wanted it to be an HEA, cause I'm a sucker for those. But Degradation sat in my head as one completed novel, with nothing beyond Tate and the pool. For a time, I wondered if maybe she was supposed to die there. If that had been the case, I wouldn't have published. By the time Separation started coming together, I knew how I wanted the whole thing to end.
How did you come up with the characters?
ME: Jameson was a joke, originally. I had noticed that A LOT of Alpha main characters had similar traits - long, unique names with short last names, strange kinks - I pulled the name "Jameson" out of a hat, basically. His name was me kind of mocking alpha heroes. Tate was thought up to match him, the spunky heroine to the brooding Hero. Then someone asked me what the story between them would be. It exploded after that. None of them are based on real people, though both have shades of me.
Do you have a favorite character from your books?
ME: It's a toss up between Sanders and Jameson
What are you currently working on? Can you tell about it and maybe share some teaser quotes?
ME: I have several work-in-progress stories, the one I'm focusing on now is a sort of grimy New York stripper-meets-bad-boy-with-a-twist story. There's not a whole lot done on it, but here's some tidbits:
~ Wow. He'd be gorgeous, if he didn't look high as fuck.
~ As she made her way to a bus stop she was propositioned by not one, but three guys.
Great. I've gone from wannabe-stripper to wannabe-prostitute.
While she waited for the bus, she dug a beanie out of her bag and shoved it onto her head, hoping that would give people a clue. She'd never seen a prostitute wearing a beanie before, had to count for something.
~ “So I'm a meth head?” he clarified. “Whatever drug fits, you junkie.” “Ah. A meth head AND a junkie.” “If the shoe fits.” “Honey, you don't even know what kind of shoes you're dealing with.”

What is a rule that would make life simple if people would just follow it?
ME: Let be people be themselves - as long as a person isn't hurting him/herself or anyone else, mind your business and don't judge. Just accept.
Anything extra that you want to add about this book, these characters, you, other books, other characters or whatever you want is welcome and encouraged.
ME: To anyone scared to write romance or erotica because it's not widely accepted and/or it's embarrassing - do it. It has been the most liberating experience, and has totally changed my thought process regarding sex, sex in culture, the indie community, other authors, and publishing in general. Like that saying, dance like no one is watching? Write like no one is ever going to read your work - that's what I did. I wrote for me, just went for it. And I think it turned out alright. I encourage everyone to do the same.
Now if I can only take my own advice regarding my new works, bahahahaha.
Thanks so much! I love questions.