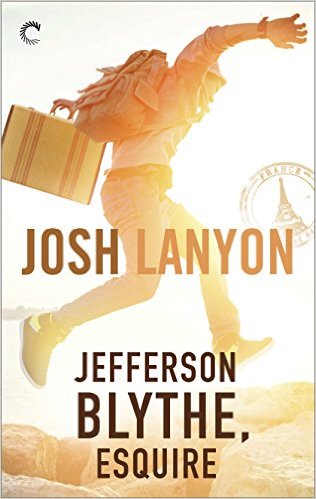 In this fast, fun and dead-sexy male/male new-adult caper from multi-award-winning author Josh Lanyon, twentysomething Jefferson Blythe gets lost, gets found, falls in love and comes out...all in the span of one wild summer

After his first relationship goes disastrously awry, Jeff Blythe uses his savings to tour Europe—the old-fashioned way. Armed with his grandfather's1960 copy of Esquire's Europe in Style, Jeff sets off looking for adventure but finds much, much more than he bargained for...

In London, dodging questions from shady criminals about a mysterious package he most certainly does not have is simple. Losing the gunmen who are convinced he's someone else is not. And when George, an old friend, offers him help—and a place to stay, and perhaps something more—things become complicated.

Is George really who he seems? And is Jeff finally ready to act on his attraction?

From Paris to Rome and back again, Jeff and George fall for each other, hard, while quite literally running for their lives. But trusting George at his word may leave Jeff vulnerable—in more ways than one.

Fresh out of college and recently dumped by his long-time girlfriend, shy and bookish Jefferson Blythe is touring Europe using an inherited vintage copy of Esquire Magazine's Europe in Style.

Jefferson Blythe, Esquire is about old maps, new adventures, getting lost, getting found, getting drunk, and being mistaken for an international criminal. In other words, normal summer vacation when you're in your twenties.

Jefferson Blythe, Esquire is about a young man at a crossroads in his life. Up until now he has been in denial of the fact that he has feelings for a man. After ending a long time relationship with his girlfriend, he decides to take an educational stroll across Europe.

While on his European vacation, all hell breaks loose in Jeff's life. He befriends strangers, gets kidnapped, outruns a shooting and much more. During this madness, Jefferson comes to some important conclusions about his future.