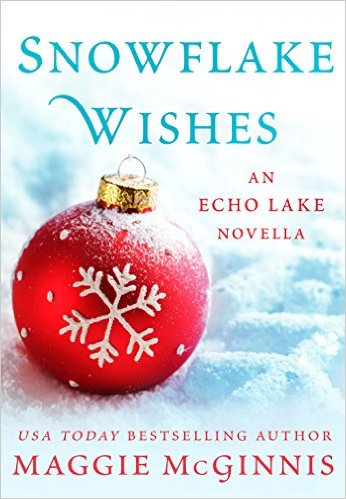 Noah Drake was that guy--the one always on the lookout for his next adrenaline high, so it was no surprise when he took off across the world, seeking adventure as a travel writer. But one thing he could never escape was Piper Bellini, the girl who got away--the girl he let get away, a fact he's never let himself forget. When he returns to Echo Lake to see if there's any chance the flame between them can be rekindled, he never expects to spend the night holed up with Piper in a roadside diner while a blizzard rages outside. It's exactly the kind of situation that sent Piper running years ago. But this time, Noah may have been handed a Christmas miracle, and he intends to make all of his and Piper's wishes come true...

More Must Have Holiday Reads

This story takes place around a cozy little town full of holiday traditions including a singles dance. Everyone knows everyone so if a gal hasn't found someone to marry by the time she's in her thirties, he may not be there. This is the situation Piper is in because she has never been able to move past what she had with Noah.

For seven years, Noah has continued his dangerous and adventurous lifestyle, which ended his relationship with the only woman he's ever loved. This winter, after a close brush with death, he finds himself heading back to see what's changed in Piper's life while he's been gone.

Piper and Noah are in love, but they want different things. Snowflake Wishes is a great winter novella filled with sweetness and sincerity. It also has some unexpected adventure.