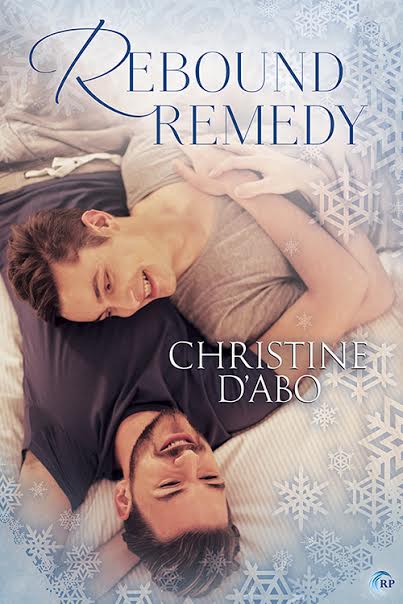 Hello, my name is Christine d’Abo! Thank you so much for having me here on the blog today. I’m very honored to have been asked to participate in the 2015 Riptide Holiday charity anthology. The holidays are the perfect time to not only give back to our community, but to raise awareness of the struggles that some of our youth endure.

When these teens should be enjoying candy, presents, movies and fun, they’re struggling with their families, friends and their self-images. No one should feel anything but love and support this time of year.

This is my small way of helping out, of paying it forward. I want to challenge each of you to do something this holiday season to pay it forward. Volunteer at a local food bank, soup kitchen or other community support organization. Buy a stranger a coffee. Pay for the meal of a young family. Give someone a hug.

Every small act of kindness makes the world a better place.

I wish you all the best this holiday season.

The last thing Cole expects to get for the holidays is dumped.  But there he is, in the airport on his way to Banff for a romantic getaway, helplessly watching as his boyfriend’s ex declares undying love, proposes—and is accepted. With a few weeks to go until Christmas, Cole’s mood dives from jolly to jaded. But instead of sitting at home alone and feeling sorry for himself, he goes to his favorite bar, McGregor’s, for a pint and some company.

The moment Owen McGregor sets eyes on Cole, he knows there’s something wrong. So he takes it upon himself to ensure that Cole has a happy holiday: twelve outings for the twelve days before Christmas. Even if he can’t quite think up twelve activities that don’t involve getting the forlorn hunk into his bed.

With each outing they take together, Cole realizes that the love he thought he’d shared with his ex was less than perfect. And that Owen might prove to be more than just his rebound remedy.

Rebound Remedy is one of Riptide's 2015 charity titles.

A romance novelist and short story writer, Christine has over thirty publications to her name. She loves to exercise and stops writing just long enough to keep her body in motion too. When she’s not pretending to be a ninja in her basement, she’s most likely spending time with her family and two dogs.

To celebrate the release of Rebound Remedy, Christine is giving away a tin of tea from David's Teas! Your first comment at each stop on this tour enters you in the drawing. Entries close at midnight, Eastern time, on November 14, 2015. Contest is NOT restricted to U.S. Entries. Follow the tour for more opportunities to enter the giveaway! Don’t forget to leave your email or method of contact so Riptide can reach you if you win!

Cole finds himself being dumped by his boyfriend at the airport. Not only is this a break up, but also his boyfriend accepts a marriage proposal from another man. He decides to just stay home instead of the holiday travel. Although the opening sounds quite dramatic, most of the story is pretty low-key.

Owen owns a bar near where Cole lives. He notices Cole seems to be struggling a bit this holiday so he sets about to cheer Cole over whatever bump he's having in his life. He also has some issues of his own that pop up.

The gist of the story is two guys getting to know each other and themselves. Mostly it's a pretty chill, low angst plot. Rebound Remedy is a cute, sweet slice-of-life holiday romance.