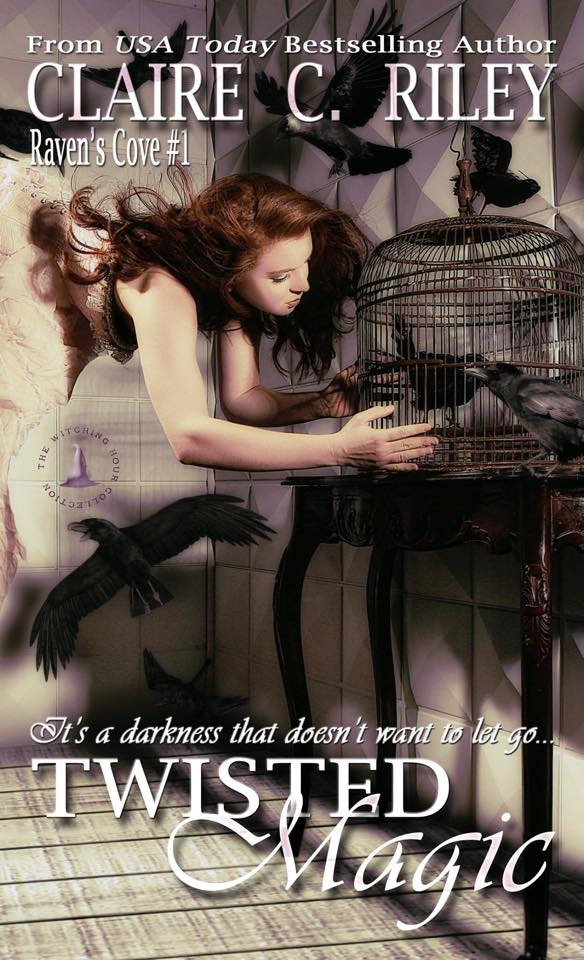 It’s a darkness that doesn’t want to let go...

After being banished from her coven five years ago, Sarah vowed to stay away from black magic forever and instead tried to embrace the life of a white witch. However, now a family death has brought her back to her hometown of Raven’s Cove, and the good little witch is in line to inherit a powerful gift.
Peter is invisible. Voiceless. Imprisoned in the little cottage in the woods with no way out, waiting for the day that someone will set him free, even as his hope fades. He comes from a coven of white witches, yet was always tempted by the power of dark magic.
Sarah and Peter find themselves drawn together, and they soon learn that to escape the dark magic that controls them, they must first learn to embrace it.


Because the only way to rise out of the ashes is to first burn everything down to the ground. 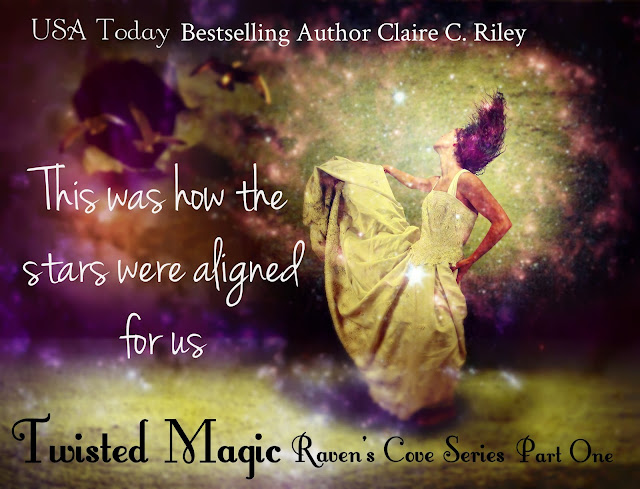 Excerpt
I wrapped the blanket tighter around my shoulders. My body was still shivering from the rain and my coven’s abrupt entrance back into my life. At least I knew where I stood with them now—there was no guessing involved. Mother was in control now, and she was not happy to have me back. I hadn’t thought she would be, or that I would be accepted by my coven, and yet the facts still stung.
I gritted my teeth to stop them from chattering and knelt down on the floor before reaching over to throw another log into the fire. A scratching sound behind me had my nerves prickling with worry. I turned swiftly, magic automatically teasing at my fingertips, but only came face to face with Whisky—Grandmother’s gray and white cat.
She jumped onto the back of the sofa and made her way slowly toward me. She was a miserable and untrusting animal, but who could blame her after all she had seen over the years.
However, she loved to be petted, and I reached out and scooped her up off the sofa and pulled her onto my lap on the floor. She clawed at me and meowed loudly until I began to stroke over her head and ears. I smoothed down her soft fur and her fighting immediately ceased and her cries turned to purrs. It had probably been weeks since anyone had shown her any affection. My own mother certainly wouldn’t have made any effort to come in and check on her.
Whisky rubbed her face against me, purring loudly as I petted her, showering her with my affection—affection that we both probably needed. I had loved this wretched old cat when I was growing up, despite her zero tolerance toward children. Seeing her again, petting her, was the best homecoming I could have had given the circumstances, and I smiled down into her face. But instead of another purr, she hissed and wriggled out of my arms before jumping from my lap and back on to the sofa
I turned to grab her again, but instead my gaze fell to a man.
I gasped loudly and Whisky scratched my hand, forcing me to pull it back. She then strutted off toward the kitchen with a flick of her long tail.
The man leaned against another dresser that stood along the back wall and was filled with yet more of Grandmother’s teacups and pottery. His arms were crossed over his chest, and his short blond hair was hanging a little too long around his ears. He was looking me, his face blank of emotions.
I watched him and he watched me, our gazes grazing over one another until they met somewhere in the middle and collided. He stood up straight, his nostrils flaring while his eyes flashed with a deep intensity. His stare was penetrating, seeing right through to my very core, yet his expression remained unreadable.
“Who are you?” I whispered out, fear clutching at my throat.
Mother, was all I could think. Mother had sent him for me. I tried to contain the slight tremble in my hands, and I gritted my teeth in defiance. I didn’t know how he had gotten in—I thought I had protected myself and the house against her. Regardless, there he was.
His jaw hung slack and his handsome face looked to be drowning with relief. His knees buckled and seemed to give way beneath him, and he stumbled forward a step until he was almost clutching the back of the sofa to keep himself upright. And the entire time, his eyes never left mine. I swallowed, my nerve endings trembling with tension.
I stood up, my hands curling into small fists. “I said, who are you? And what are you doing here?” I kept my voice steady, showing more calm than I truly felt.
Finally, he took a step toward me. “She can see me,” he mumbled, more to himself than me. His voice was soft yet hard and I frowned, not sure what to say to that. Because yes, I could see him, but I didn’t understand why he seemed surprised by it. 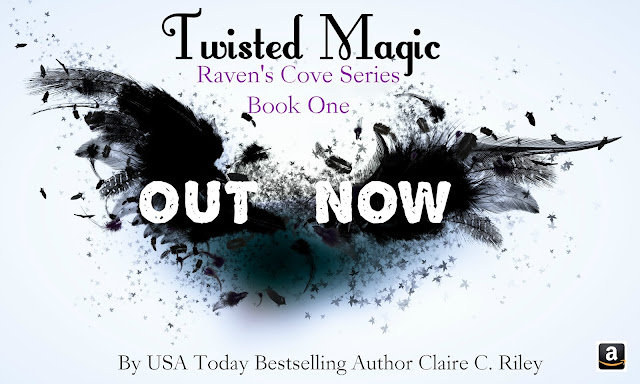 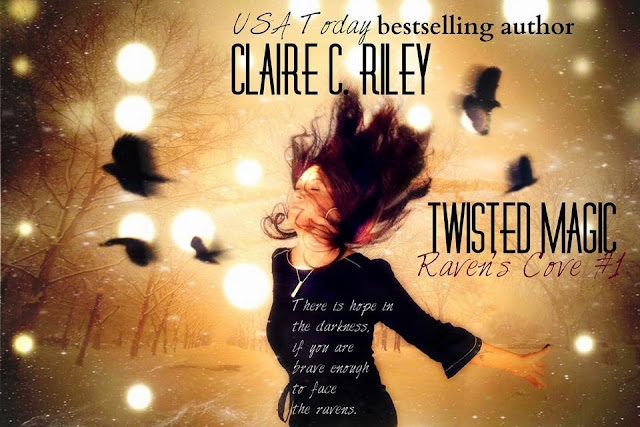 From the Author of:
Odium The Dead Saga Series,
Odium Origins Series,
Limerence (The Obsession Series)
Thicker than Blood series,
& Shut Up & Kiss me,

ABOUT THE AUTHOR
Claire C. Riley is a USA Today and International bestselling author. She is also a bestselling British horror writer. Her work is best described as the modernization of classic, old-school horror. She fuses multi-genre elements to develop storylines that pay homage to cult classics while still feeling fresh and cutting edge. She writes characters that are realistic, and kills them without mercy. Claire lives in the United Kingdom with her husband, three daughters, and one scruffy dog.

‘She writes characters that are realistic and then kills them without mercy’ – Eli Constant author of Z-Children, Dead Trees, Mastic and much more.

Twisted Magic is a mysterious PNR about a witch outcast from her coven. The story begins with her returning to the homeland of her people for the funeral of her grandmother.

Right away the reader can tell that Sarah is trying to work something out in her head. Then a man appears from nowhere behaving strangely. Slowly Sarah pieces the puzzle together while trying to keep safe from the other witches.

The rhythm to this story is much like that first huge hill on a roller coaster. It's slowly building and building and building. Then it’s over the crest and everything is flying at the reader. This book goes out with a bang that definitely left me wanting the next installment.