TWICE THE HANDS TO HOLD by Louis Stevens Review 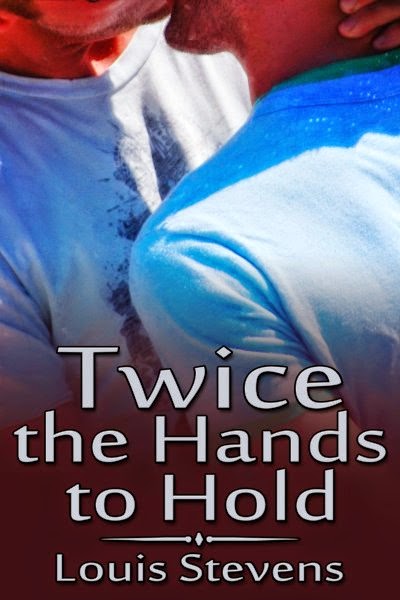 Twin brothers Brian and Matt Walker went to live with their mother’s brother after the death of their parents at an early age. Brian is still wracked with the guilt he carries around from a young age and sees the world through a distorted lens of self-loathing. When he meets a sexy and interested college-aged guy at the beginning of his senior year of high school, he may have finally found someone who can help him escape his mundane existence. Matt has his life all planned out -- he longs for a solid career in journalism after graduating college. But his tenuous hold on family life threatens his dreams of independence, as does the attentions of a closeted new transfer to their school. Can Matt pull away enough from his family to come into his own? And will Brian finally get to grips with his past and allow his twin to chase his own happiness?

“I didn’t drink tonight, Matt!”
“That’s not what I asked,” Matt bellowed.
Brian tried to eclipse his brother in the hallway and backed him against the wall, encasing his head between his arms. “Back the hell off, Matt. Why do you always have to get in my face at the worst time?”
“Because you’re my goddamn brother and I love you. You’re better than—”
Brian closed the distance between them and pressed his lips hard against Matt’s. The intensity between them sucked the air out of the hallway and closed the walls in on him. There was no one else but them right then and the world didn’t exist. It was just him and his brother, the way it always had been.
Brian pushed his lucked and opened his mouth, sliding his tongue across his brother’s bottom lip, but Matt pulled away.
“Bri, don’t.”
“Shh.”
Matt breathed heavily, but kept his eyes closed. “Uncle Jake...”
Brian pulled back a bit, studying his brother’s features.
Matt arched his neck, lifting his face up mere inches as though missing the contact. Matt’s chest heaved, his breathing getting heavier, and the vein in his neck started a rhythmic pounding. Brian smiled satisfyingly. No rich kid could pull this reaction out of his brother. He tucked a stray piece of silk behind Matt’s ear, then touched the tips of their noses together. “It’s alright, I’m just taking back what’s mine. What’s always been mine.” He touched his mouth against Matt’s softly.
Matt’s throat clicked from a dry swallow and spoke against his lips. “James...”
At that Brian pulled away abruptly. His fist connected to the wall next to Matt’s ear. Now he couldn’t even look at his brother. Just the thought of that guy’s hands roaming over him, feeling him, discovering Matt, ate away at him. The whiff of expensive cologne hung around Matt and the repugnant odor made him sick. It was too much. His brother was slipping through his fingers and there was nothing he could do to stop it. It pissed him off, because he cared more than he should. He pulled back as Matt winced from the impact near his head.
“I’m sorry,” he said immediately. Matt didn’t look up at him, the quiet deafening around them. “Sorry,” he said again. 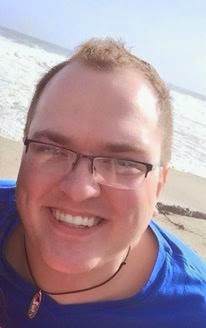 Twice the Hands to Hold by Louis Stevens

Twice the Hands to Hold covers a multitude of areas such as overcoming past pain, emotional growth, romance and family relationships. It's told in third person and follows the lives of a set of twin teen boys nearing high school graduation and their uncle who adopted them as young children after the death of their parents.

Matt is openly gay and sure of his position in life. He's caring and concerned for those around him. He's the more sweet and friendly twin. He is also the one who doesn't get into trouble for the most part.

Brian is bi. Outwardly, he appears to be confident and in control. He's smart and athletic, above the norm in many areas. Inside, he's plagued with pains of guilt and insecurity. Brian's internal struggles cause him to make bad choices and get into trouble.

I found this to be a slice-of-life sweet tale of growing up. The twins, especially Brian, have tremendous ups and downs, but there are bits in the story to which everyone can identify. This is the perfect book for M/M readers wanting an intimate look inside the lives of a couple of almost men learning to let go of boyhood.